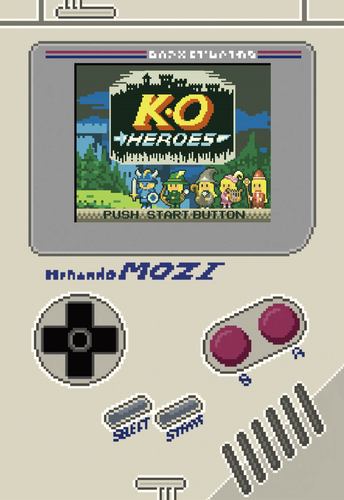 KO Heroes is a small pattern recognition game that MO ZI, a company which hails from Taiwan and which is becoming well known (to me, at least) for their strange and inventive backstories to their games.  In KO Heroes, the players are minions of the Dragon Lord.  It happens to be the Dragon Lord’s birthday, and all the minions decide to set up a competition of hunting heroes.  You will travel into the Crimson Woods, Pink Labyrinth, Dark Forest, Emerald Plain and the Cyan Fortress and use three different magical treasures (the Mirror of Truth, the Atlas of the Realm and the Potion of Rainbow) to help find those heroes.  The player who does this the best will be able to give the Dragon Lord his birthday present.

So, based on that, I’m guessing that I don’t even really need to explain the game rules, right?  Just in case, let me elaborate.  There are five hero tiles.  They are placed in the center of the table.  Each one shows a different hero.  Each hero is wearing an outfit in one of the five game colors (grey, green, red, blue or pink).  Additionally, each hero is standing in front of a different colored background (again in the five colors). 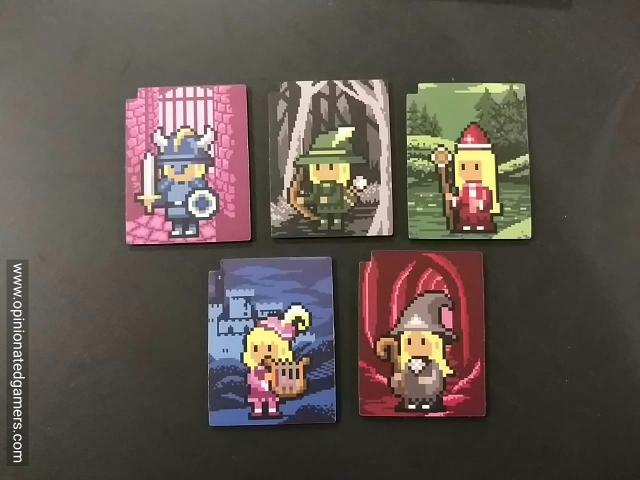 There is a deck of 30 hero cards which are shuffled and then dealt out evenly to the players.  Any remainders are discarded from the game.  The back of the card shows one of the three magical items: potion of rainbow (rainbow flask), Atlas of the Realm (paper map) or the Mirror of True (a hand-mirror).  The other side of each card shows some combination of hero, colored outfit and colored background.  Each player takes their cards, leaves them face down and places them in a single stack. 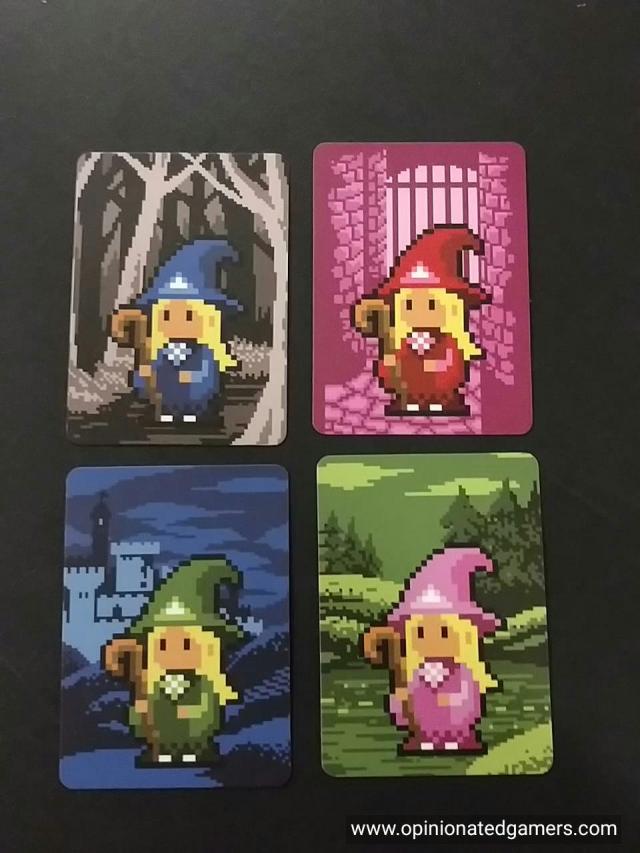 examples of some of the cards

One player then uses his left hand to flip over the top card of his deck.  All players then use their right hand to try to slap the correct hero tile on the board.  But which hero is the right one?  It’s due to a combination of the pictured hero on the newly revealed card AND the magic item on the card which is now on the top of the facedown deck.

If the Mirror is up, match the color of the clothes of the hero with that on the tile.

If the Rainbow Potion is up, match the actual hero with that on the tile

If the Map is up, match the color of the background with that on the tile. 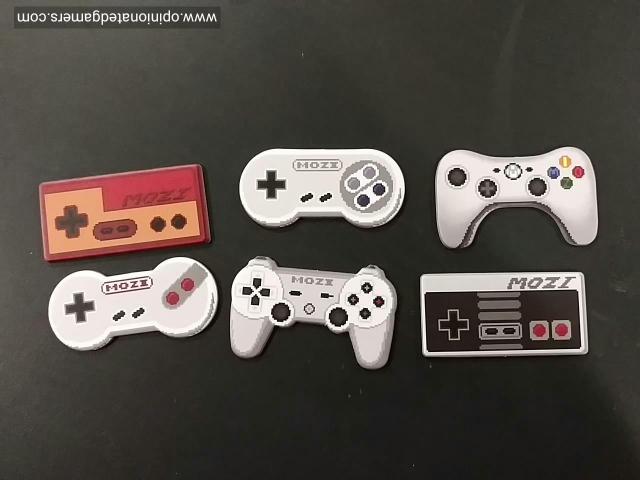 you place your collected cards under one of these

The game continues until all players have only one card left in their deck.  At this point, players count up there scoring cards and see who wins.  There is no tiebreaker.

This is a fast and whimsical pattern matching game.  There is a strong 8-bit theme running through the game.  The box looks like a Gameboy, and each of the score pile markers is a close replica of a popular game console controller.  The art is also done in a pixelated 8-bit style.  The blond female hero doesn’t remind me of any particular character from a video game, but it is certainly reminiscent of many NES characters.

The game plays quickly with most rounds taking about 5 seconds… It’s definitely advisable to keep to the left hand for flipping and right hand for slapping rule.  It’s the fairest way to make sure that all cards are flipped the same way and that each player has the same opportunity to see the cards.  The flip should be done quickly so that people can’t see the back of the next card before the hero is revealed. 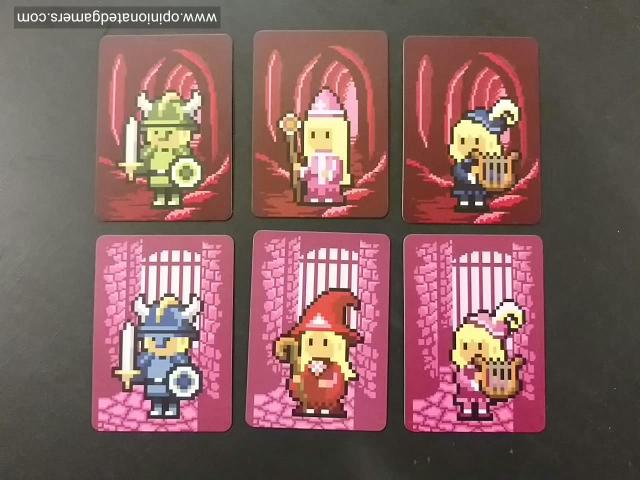 I have found that it takes gamers somewhere between 1 round and maybe a full game to be able to remember the three rules for matching without having to think about it.  Until you reach that point, obviously any player who can process the rules faster will have a huge advantage in the game.  But, once the three rules are second nature – the playing field is leveled again.

With most of the players locally, the game has been an interesting diversion – a nice filler or closer.  However, like many speed games, this one suffers from the problem of what to do when you have someone who is a pattern recognition savant (like my youngest son… or say, Joe Huber).  Be prepared to lose the game 22-1-1-0 as that person will likely be able to win every round.   I’d give a few points to the other players if they start to just randomly slap cards without even looking at the revealed hero in a feeble attempt to beat the savant because otherwise it’s nearly impossible to get to the right card faster.

But, that being said, it’s still a fun little game, and one that almost fits in your pocket.  The rules can be explained in just a few minutes, and most gamers my age are attracted to the nostalgia of the videogames of our youth.  With the right group, it’s a nice diversion with plenty of laughs and possibly a few lightly bruised hands.

Dale Yu is the Editor of the Opinionated Gamers. He can occasionally be found working as a volunteer administrator for BoardGameGeek, and he previously wrote for BoardGame News.
View all posts by Dale Yu →
This entry was posted in Essen 2016, Preview. Bookmark the permalink.