So, before you gloss over this review and wonder why I’m reviewing a game that originally came out in 2017 – I’m excited to say that there is a new mass-market version of the game available, exclusively at Target.  Given the reach of the national retailer, there should be plenty of people who will get their first chance to see this classic of our hobby (originally released as Tempo in 1974, and then later as Top Race).

The form factor is a little smaller – the publisher said they did this to meet the MSRP of $34.95, but the bits are all the same as the hobby version.  The board and car miniatures are unchanged in size, and this does mean that the new version will be compatible with the current expansions (Danger Circuit and Wild Ride).  The only other change in the new version is the addition of six new power cards that give each driver a special ability for the race.  At the current moment, there is not a way for original Downforce owners to get these cards, but Restoration Games assures me they are working on a way to make this happen.  I’ll talk more about these cards in a bit.

Rather than re-invent the wheel, let me quote fellow OG writer Brandon Kempf’s recent take on the original Downforce… 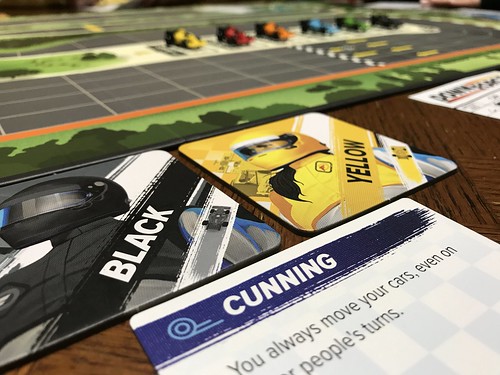 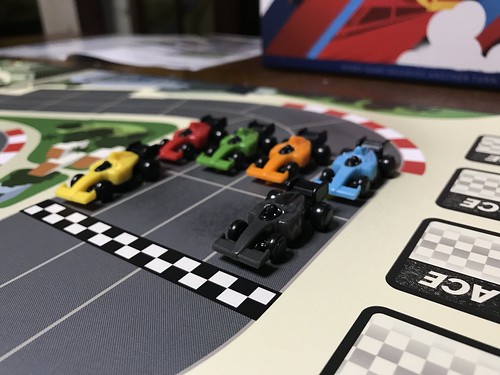 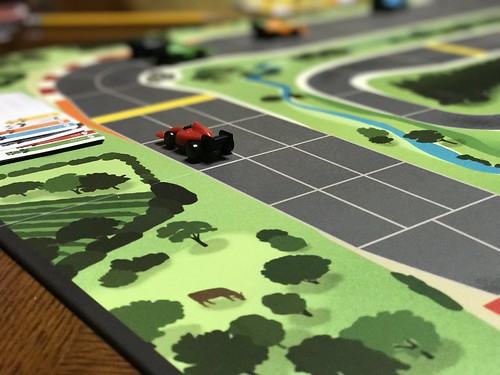 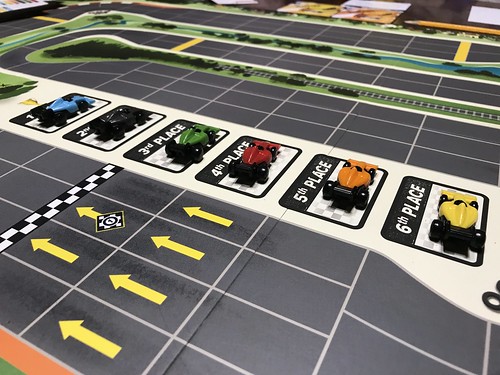 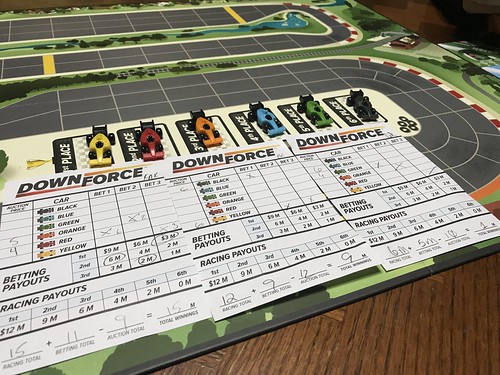 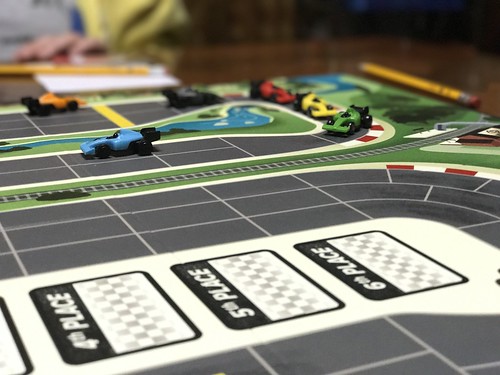 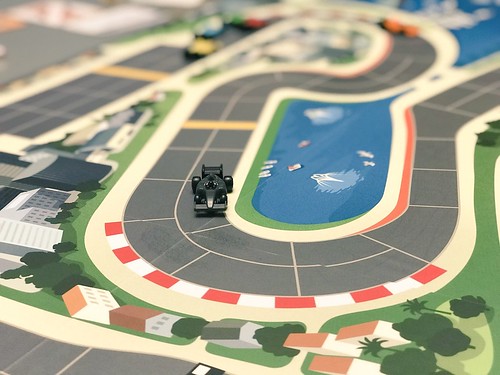 So, what’s the deal with the new version?  Really, the only difference is in the new power cards.  I’m not entirely sure why the Restorers felt that the cards needed updating, but man, I’ve got faith in Rob and Justin to make positive improvements, and thus far we’ve not noticed any issues with the cards.  The new set is a little more focused on the Speed 8 cards, but they seem mostly balanced (and realistically, they don’t need to be extremely balanced IMHO as the bidding for them helps even stuff out anyways). 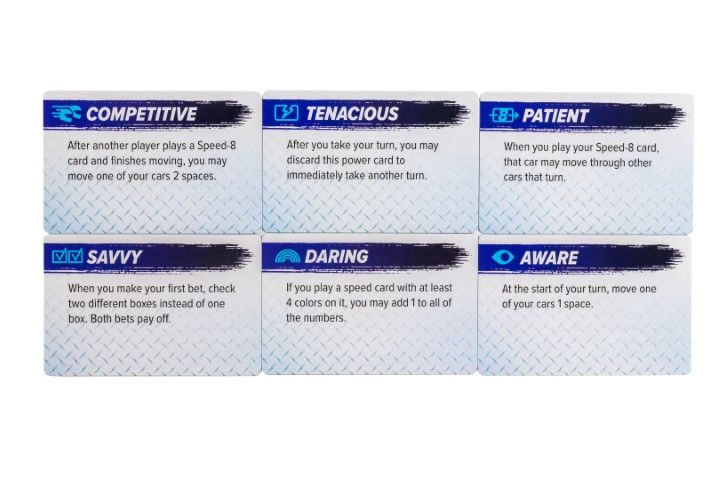 Above are the new Target exclusive cards. Below are the ones from the original Downforce.

Note that each of the cards is different from the new set.  The new set is just different, not better or worse.  Heck, I think it might be neat to have the full set of 12 cards for added variety.  (However, I haven’t checked with Rob to see whether the two sets are meant to be forever separate or if they can be mixed/matched)…

Getting this new version of the game did get it back on the table, and we have again enjoyed the betting and racing that the game has to offer.  I am excited that there is a chance for the mass market to enjoy this high-quality game, and help increase the visibility and popularity of these games of ours.  If you don’t already own this Restored game, I would highly recommend it.  (Or add it to the list of things you might want someone to give you for a birthday or holiday?!)  If you have the original, I’d probably just wait for the new cards to become available or make up some proxies of your own…

Until your next appointment.