Wow, we thought it was a long time between posts last time? This time is just completely bonkers, but that is what happens when you go almost three months without sitting down and playing a game. You almost remove yourself completely from the hobby. Quit paying attention to the media surrounding board games, and quit paying attention to the publishing of new games. Then you get pulled right back in with a good weekend of gaming with good friends, and suddenly I’m reading about the Essen releases (Not all that exciting) and I am back to watching for new games that are coming (albeit not ordering impulsively like I used to). Will the gaming last? Who knows, I do know I have a gaming weekend coming up in November as well, but mostly it all kind of depends on the family and friends that want to game on whether or not I can get back into the swing of writing up reviews, or even these Three Games posts. 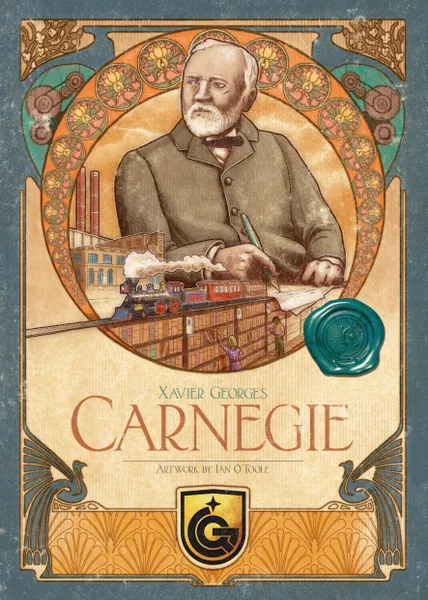 So, if I were to do a quick, one line synopsis of this game it would be, “It’s a planning game, where you are planning out your plan, in order to make a plan”. Interesting game that is a bit out of my regularly scheduled wheelhouse. Designed by Xavier Georges, who is honestly, one of my favorite designers, if not the favorite. He loves to mix and match mechanisms to make one giant, well oiled machine, and he does that here. It works, and it works well, but I am just not sure that in my two plays, both of which I won, I found the excitement in it. You are basically trying to score the most VPs (Yippeeeee) over the course of 20 turns. To do so you will need workers in their offices doing their jobs, you will need workers on missions all over the United States making you money building a network and you will need to be charitable, because being charitable at the end of your life rights all wrongdoings. I do like the worker mechanism and I like the action selection, but all in all this kind of feels like an exercise in planning, more than a game to me. Played it twice as mentioned above, once at 2 player and once at 3 player, so I suppose I should try it at 4 player before giving up on it. I’ll leave the solo stuff to the solo players. Otherwise, I think I’ll just stick with Ginkgopolis.

Cat in the Box 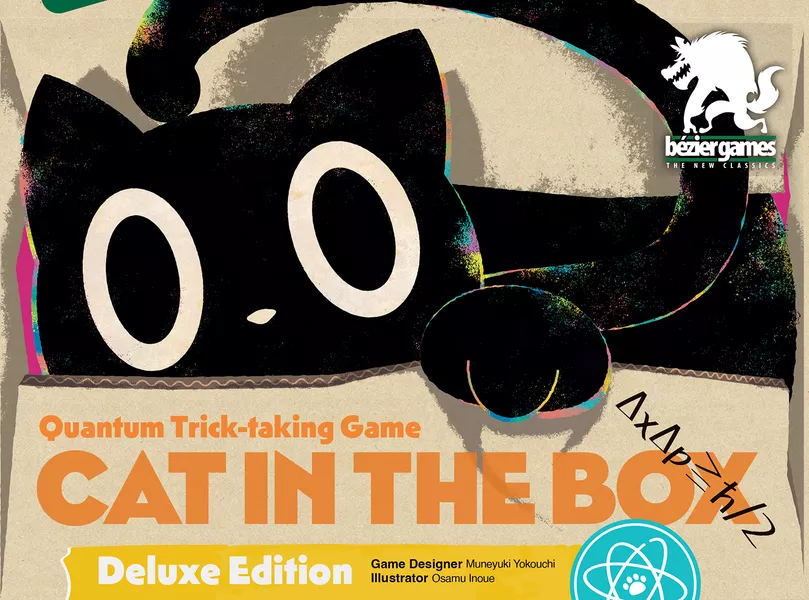 Trick taking is kind of enjoying a renaissance of sorts. I’m not sure what is driving it, maybe the loss of gaming groups over the past couple years caused folks to turn to games that seem more “Traditional” or “Family” oriented and that would describe card games to a “T”. Cat in the Box adds the wonderful little twist of your cards being the suit that you say that they are. They aren’t given suits, you decide. Now, this may sound confusing as all get out, and it can be a bit to wrap your head around, but once you do, it works, and it works well. Just like in most trick taking games, you have to follow suit if you can, but who’s to say that you can in a game where you decide what suit each card is? It’s fun, and a bit thinky. Just don’t get flustered when someone at the table asks, “So, how do I know which suit these cards are?”. It’ll happen, no matter how well you teach the game, or how experienced the players are. It has some weird theme that really doesn’t matter, but hey, everyone loves science and cats, right? 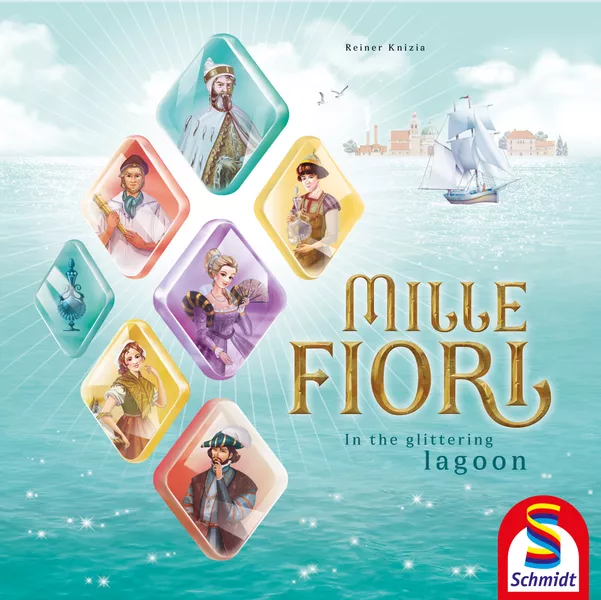 The great Dr. Knizia once again kind of takes a bigger game that he has previously designed and finds the fun in it and distills the game down to that one singular thing. Dale has a full review of this up on the Opinionated Gamers for all to read if you want more in depth coverage. Essentially you are fighting over six different areas on the game board and each area scores just a little bit differently and you gain bonuses a bit differently. You are guided by cards that are drafted. They will tell you where you can place your markers in those areas. Some areas want you to be contiguous and will score more and more points the more you have connected, other areas will score you points and your opponents points at the same time, so you have to be super careful and use those areas when it best suits you. It’s a wonderful game that for me, plays better at the high player count, 4 players. You want more people out there fighting, the 2 player game feels more “wide open” with less interaction and I think that this game thrives on that interaction, that fighting in areas.

With all of the Essen coverage that you are going to see on this site in the coming months, I feel like I need to kind of be a different type of voice, more than in previous years. In previous years I was also trying to drive that newness. If I get back into the groove of playing games, it’ll be what is already on our shelves and in boxes (Oh the joys of moving). So if you hear from me it’ll be about older titles, or at least games that weren’t released in the last 5 minutes that you won’t be able to get anyway until they get the supply to the stores in 2-15 months.

Bless all of those folks who went to Essen to procure all of these new games that folks are wanting to hear and read about, but I am over that part of my gaming life I think, at least for the time being. I don’t need the chase of 50 games to find one that I want to keep and play after the cycle is over. It seems wasteful of so many things now in my life, my time and resources being the biggest wastes. There are exciting games coming, I’ll just be like a lot of our readers this time though, I’ll learn from this site instead of making myself the guinea pig. Besides, I’ve got a Descent Legends of the Dark campaign to finish up so I eventually can get another big box and play it over a year, I swear, FFG has no idea what they are doing with this damn game.

Mitchell Thomashow: I’ve played Mille Fiori about a dozen times with two players. It’s very enjoyable, light, and an interesting combination of thoughtful and whimsical. It’s crucial to use one of the two-player variants that partially fills up the board, providing a bit more pressure. I am sure that it is better with 3 or 4, but still entertaining enough with 2.

Tery Noseworthy:  Cat in the Box makes my head hurt, but in a good way.  I love the strategy involved in having to determine what suit to make your card, when to play a card, when to say you are void – it is interesting and nerve-wracking every time.

I loved Mille Fiori 4 player so I tracked down a copy and then played it with 2; still fun, but not as fun and there wasn’t enough interaction. I haven’t tried the two-player variant Mitch mentions above; I will have to give that a try. It doesn’t reinvent the wheel, but it combines some interesting mechanics and every game is different, so I enjoy it.

My most played games of 2022 so far include Ark Nova (10 plays), Scout (6 plays), and 4 plays each for Boonlake, Golem, Minigolf Designer, Dice Realms, Texas Showdown, and Team Play.

Steph: Carnegie is the best game to be published in years!