I’ve generally been a fan of tile-laying games, and I recently ran across one which had an Alice in Wonderland theme.  In this game, players try to construct a garden while trying to keep to the Queen of Hearts’ multiple rules.  The player who does the best will score the most points, win the game, and hopefully manage to keep his or her head…

END_OF_DOCUMENT_TOKEN_TO_BE_REPLACED

The sixties were a turbulent decade.  Bob Dylan wrote, “The times, they are a-changin’”, and that they were.  Music, clothing, politics, forms of protest, technology…all of them different, some with changes that stuck, some that didn’t, and some with battles that we continue to fight to this day.  Games were starting to change as well.  In fact, the seeds of modern gaming were sowed during this period and those are changes that most of us are very happy about.  But it took those seeds quite a while to bear fruit…
Larry 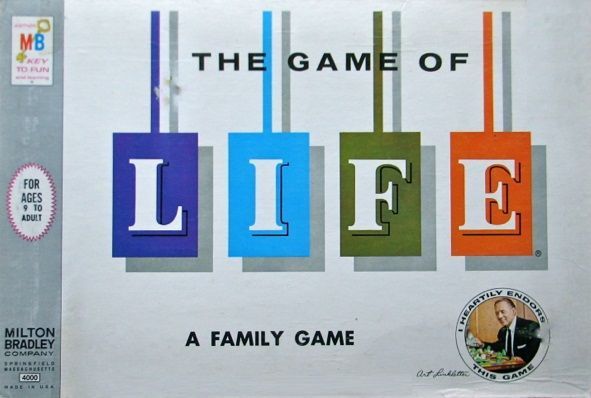 The Game of Life came about from Milton Bradley’s desire to celebrate the 100th anniversary of their first published game, The Checkered Game of Life.  (The older game, designed by the individual named Milton Bradley, was a spinoff of the Royal Game of Goose and was the first popular published game in the U.S.)  MB asked an independent toy and game designer named Reuben Klamer to come up with something and he and his assistant Bill Markham delivered big time.  The gloriously 3D and plastic-filled design was an immediate hit and represented yet another successful and well scrubbed attempt to portray the American dream in a board game.  It was also an early example of celebrity endorsement for a game (with every box cover famously proclaiming Art Linkletter’s “I heartily endorse this game”).  Klamer would later go on to design other games, including 1962’s Square Mile, a city-building game which was well ahead of its time, but Life remains his best known effort.
Larry

END_OF_DOCUMENT_TOKEN_TO_BE_REPLACED 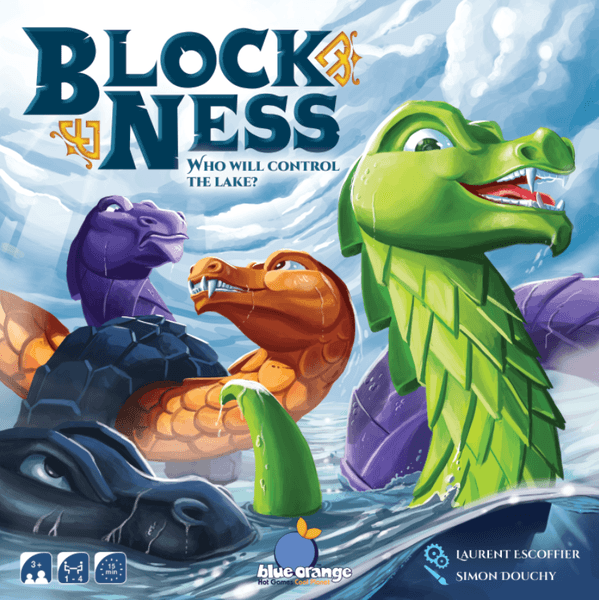 Block Ness has a punny title that nicely hints at the theme of the game – that is, players each control their own monster and they try to expand control of the lake with the many different segments.  The game is played on a board perforated with a grid of holes – this board fits snugly in the box bottom.

END_OF_DOCUMENT_TOKEN_TO_BE_REPLACED

Boardgame Geek has just announced the nominees for their Game of the Year (GotY) awards for the 2020 calendar year, the Golden Geeks.  These were determined by selections made by the BGG community.  As usual, there are lists of games for numerous categories, such as best 2-player, best card game, and most innovative.  But to me, the most interesting thing about the awards this year is that they’ve changed the format and will now have three separate GotY awards:  Best Light Game, Best Medium Game, and Best Heavy Game.  This is somewhat comparable to what the SdJ jury does with its awards–the Spiel des Jahres is aimed at families and is a fairly light game, while the Kennerspiel des Jahres is intended for “connoisseurs” (and tends to be a middleweight game).

The guidance for which games were eligible for each of the three Golden Geek awards came from the user-determined Weight for each game.  This is not a requirement (the Golden Geeks are famously unregulated), but the voting app employed this year made it considerably easier to only select games for the award which fit its specified range of weights, so I suspect that it will be rare to see a game chosen outside of its natural category (making it unlikely that a game will appear in multiple GotY categories).

Here are the three lists of nominated games, together with their designers.  The top 10 games (plus ties) in each category are eligible to compete for the award.

END_OF_DOCUMENT_TOKEN_TO_BE_REPLACED 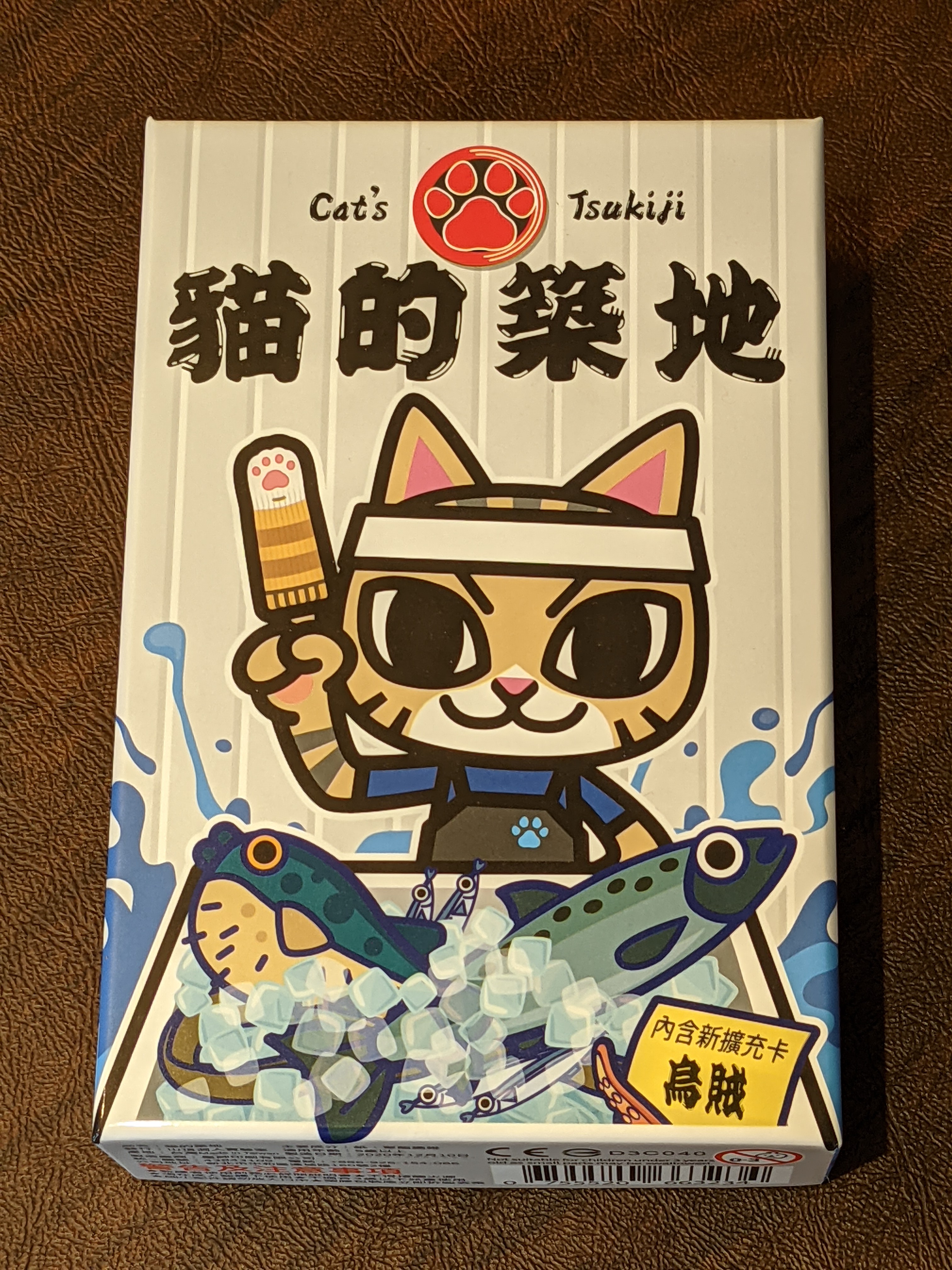 I never know what to expect when I get a box from TBD – and in my most recent shipment, two games suitable for the younger crowd arrived – Cat’s Tsukiji and The Three Little Wolves.  Normally, I have a hard time getting some of the more kid oriented games to the table, but I have been lucky enough to spend some time with my nephews (age 7 or 8 – would you believe I actually can’t remember?!) and they were the perfect audience for some of these games.

As you may know, Tsukiji is one of the most famous fish markets in Tokyo, and as the publisher says:

END_OF_DOCUMENT_TOKEN_TO_BE_REPLACED

On April 10th – 11th, 2021 the Game Market Spring (ゲームマーケット2021春) was held in Tokyo.  This game convention in Japan is usually held twice a year in Tokyo and once a year in Osaka.  The Game Market Spring 2021 was a collaboration with Arclight, Telegames Research team (テレゲーム研究所), and Kickstarter, and Tansan Fabrik was the director, making it more of a community event with many creators participating in the organization of the convention.

In recent years the Game Market was held at the Aomi hall, but this year we were back at the original Tokyo Big Site.  The halls were very spacious and there were many game creators at the event. For me it took 2 full days to see everything, even then I missed out on seeing some booths.  Definitely visit for both days, as some creators only come on one of the days. Since the games are usually discounted from the regular selling prices, it’s recommended to visit the event and support the creators.  Also, you can get some rare games you won’t be able to buy anywhere else.