Gauntlet of Fools (4 plays): To clear any misconceptions (which I learned were a thing when I suggested this one) this game has no “take-that” and other than an initial auction of sorts, has virtually no player interaction. The dungeon crawl theme throws people off here. Everyone chooses a Hero/Weapon combo using a reverse auction. 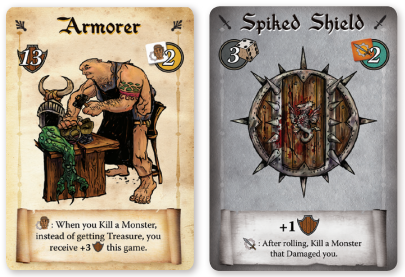 So, in order for me to claim the Ninja with the Mace from you, I have to add a “Boast”, like Hopping on One Foot, which happens to be a -2 to my defense. 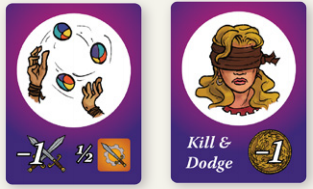 Or, I can just take the leftover Priest with a Staff, and we are all off into the dungeon. Everyone encounters the same set of monsters, and some are very easy, and some are not. 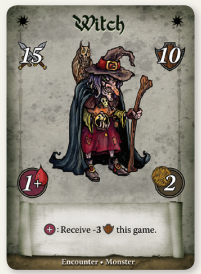 Attack by rolling dice, suffer some damage if your defense is not high enough. Last as long as you can, and collect as much gold as possible. Most gold wins. I love it. Plays really quickly, a fair amount of dice luck, but a fair amount of decisions as well. Really, half of the gameplay resides in the initial auction, honestly. This can be good, when the players can tell the relative value of the Hero/Weapon combos, or pretty bad when everyone chooses their Hero somewhat randomly, and no one Boasts. The following sentence should tell you all you need to know about whether you will like the game: The Zombie uses a Class token to rise from the dead, after having died several encounters ago from a Scorpion sting, to bash the Demon over the head with his Sack of Loot, which has been slowly accumulating strength/gold, winning the game over the Zealot with a Whip, who had used his weapon to dodge a few early encounters but was already dead with 17 gold.

Myrmes (2 plays): Um, what Dale said above. I was about to write almost the exact same thing. +1 to the use of the word “cascading” as that describes how the decision points “flow”. (See what I did there?)

Drachenschatten (2 plays): The Adlung game of choice from this year. Draw a card from a pile of either town cards, or dungeon cards. The town cards are all objects, while the dungeon cards have objects, monsters, or treasure. 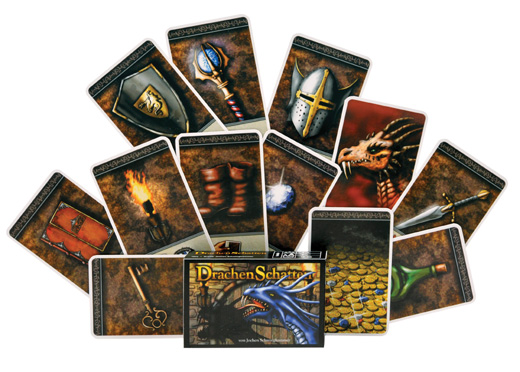 Objects are all one-time-use, allowing you to do things like steal/destroy objects, look at the face down piles, or reactivate used objects. Unused objects cannot be stolen/destroyed, but used ones are fair game. Also, some of them allow you to defeat a monster. If you encounter a monster, and you cannot defeat it, you lose all your objects. Three ways to win: 7 different objects, 3 treasures, 3 defeated monsters. I think this is a light, fun press your luck kind of race. If no one pushes for the dungeon, I think 7 objects will win, but risking for the gold is certainly enticing, especially if you have some objects that allow you to look ahead. This race of strategies is the same type of choice that many adventure games pose, but here in a filler format. I enjoyed it.

Enigma (1 play): Do a timed puzzle. Everyone who finishes in time gets to play Carcassonne. Seriously. And it was a ton of fun. The puzzles come in 4 different types, and everyone drafts one in turn order. They are a tangram puzzle, 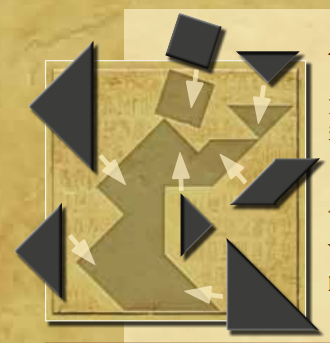 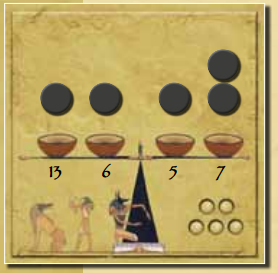 a canal puzzle similar to something like Friese’s Turbo Taxi, 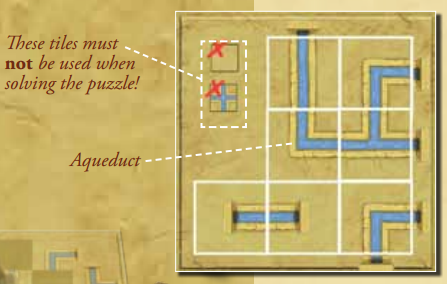 and a block stacking puzzle with pieces that made me think of Pueblo or Rumis. 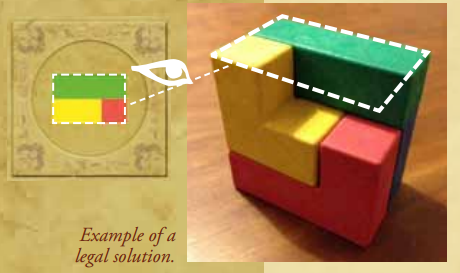 At any point after the simultaneous start, someone can start the timer. When it runs out, the finishers get to flip their tile over, and add it to the play area, and possibly place a pawn and/or score some points, very similar to Carcassone play. 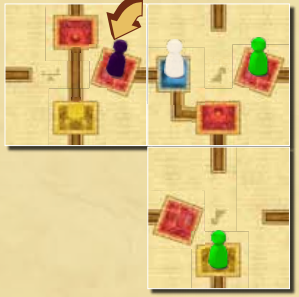 Game ends when someone scores 15 points.I had a blast. The difficulty level of the puzzles was well done. We all ended up getting better at a puzzle type or two and looking to get that type. The math/balancing one seemed to be the easiest, but we (read: I) certainly had a failure or two doing that one. The winner scored all their points in one big network on the board, but a couple others were close to ending it earlier, and denying them the score. Also, there was a bit of gamesmanship in the timer starting. You can start it even if you aren’t done, but we had several instances of the timer starters not finishing. So great. If you don’t like puzzles or real time aspects in game, steer clear. Otherwise, it might be worth an import. Hopefully someone in North America picks this one up.

Much more to come…….

Lucas Hedgren likes playing, designing, reading about, thinking about, and writing about games.
View all posts by Lucas Hedgren →
This entry was posted in First Impressions. Bookmark the permalink.