So you want to have fun? ‘Filler’ is not a bad word.

Three lighter games that might have flown under your radar.

Usually games have higher age ranges to avoid safety testing.  This one is on the mature side for the art and theme.  Alice is sultry and the goal is to avoid losing your sanity while completing tasks in a twisty world.  For example, you might have goals along the way of completing a combat in the forest or having two madness tokens along the way to your character’s main goal. 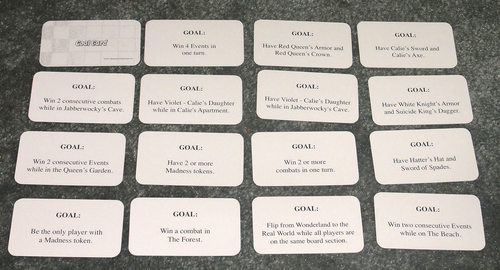 It is a roll-and-move game on a four piece board.  Each of the four pieces has a ‘real world’ side and a ‘wonderland’ side.  Often your objectives require one side of one of a board or the other, so you might be trying to flip a board while another player is trying to keep it the way it is.  In addition, you can see all the event spaces on the boards below.  Those inject all sorts of amusing twists into the game, possibly making your life easier or harder. 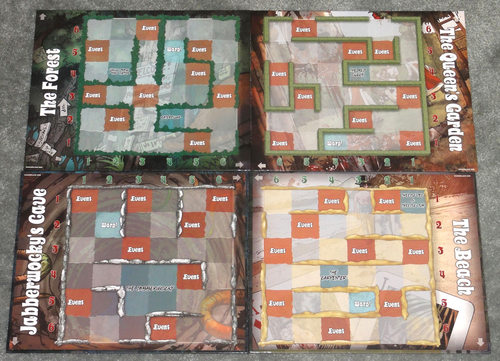 You start as different characters with different goals, abilities, and ways to lose your sanity.  There are several decks, including Real World events (“Roll a die, if it is a 3, 4, 5, or 6, you get a reward – move three spaces in any direction”) or Wonderland events (“When you reveal this Event, flip the board section you are currently on”).  Finally, there are item  cards, which can improve your abilities along the way. 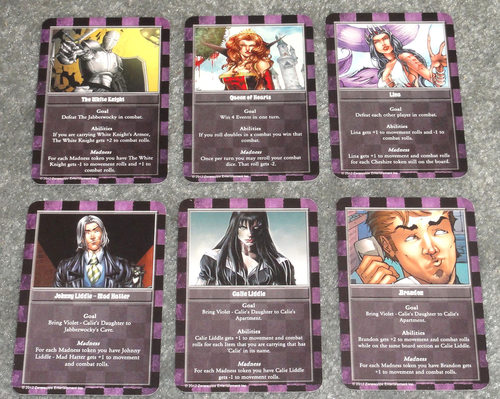 Now, how often does a game tell you to flip the board??   Along the way, you will lose some sanity and achieve some random goals before achieving your character’s goal to claim the win.   There is a ton of interaction, but you often thwart people while trying to achieve your own goals, rather than just to mess them over.   If you are a fan of the comic or like this style of game, go for it.  Wonderland is light-hearted in a dark sort of way. 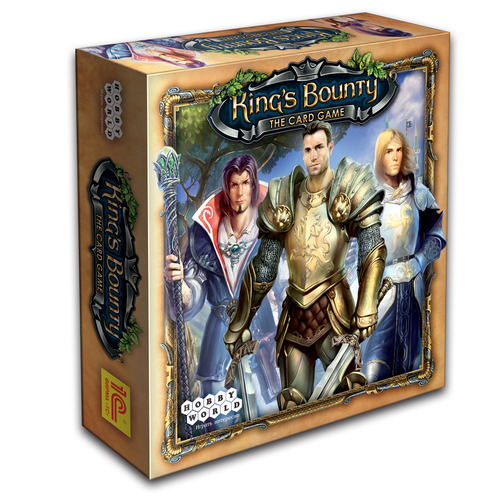 This is a light and streamlined card game with great art and some fun novel ideas.  You are building up your territory by taking over three types of castles (level 1, 2 & 3).  The deck has three types of cards: goals, castles, and people.  Some of the goals are placed in the middle of the table.  These are how you win the game.  Everyone then draws a hand of people and castles.  On your turn, you can play a card and draw a card or you discard your hand and draw again.  Castle cards can be played to your tableau.  Each castle has a defense value equal to its level, so it can be taken over by a person with a strength greater than the castle’s defense value.  People can also be played to your own castles to help defend them.

There is a trick.  You may not play a person if you do not have a castle of that type.  If you don’t have an Orc castle, you many not play Orcs.

Castles of values 1, 2, and 3 of different groups – photo from Hobby World (English cards have English names.)

If you have a hand full of Orcs and someone takes over your only Orc castle, you are up the creek with a hand full of useless Orcs.  Luckily, Humans have no castles, so you can always play humans to attack or defend.  The strongest people, heroes and monsters can take almost any castle, but are discarded after their deed is done.
The focus of the game is the goal cards, “Most garrisons with wizards”, “Most obelisks”, and “Most castles of dwarves”.  Some are public and some are private.  We found that there were often sweeps of almost all the cards, rather than nailbiters as it was hard to target the goals when you have no cards to support it.

The game is fun and very light.  It takes maybe 15-20 minutes.  The slight downside is that once things start going downhill, you get picked over and cannot really get back in the game.  In some ways, the best strategy in this game is to get lucky.  However, the art and quick play means it is an easy ‘toss in the bag’ sort of game. 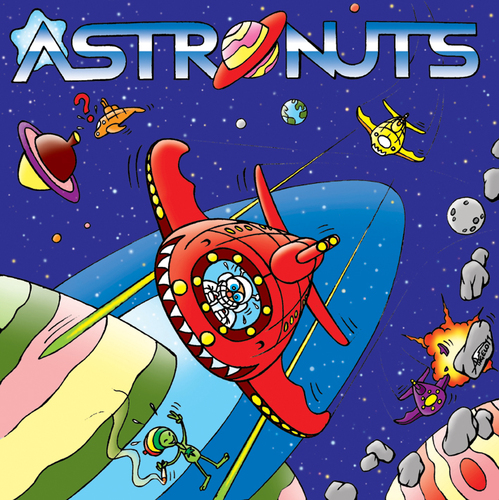 This is a 30 minute 4x game.  There is exploration, expansion, exploitation, and extermination, sort of.  It is an elegant essentialization of the genre.   The map below has way points, large planets, and small planets.  Players start in the corners and progress towards the middle to found colonies and gain currency (Nuts).  The end game trigger is having a certain number of colonies 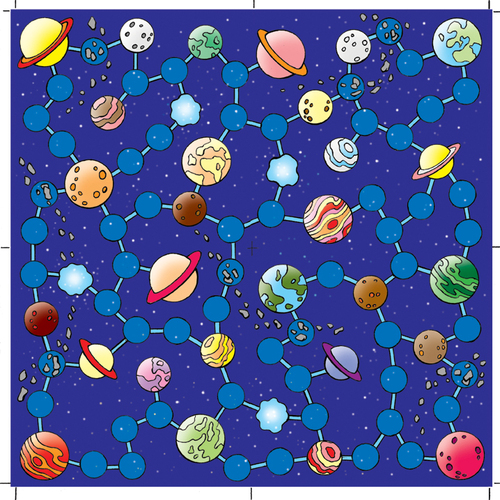 Along with colonies, there are also spaceships, randomly generated planets, and combat.  Even though you can see the planets, you roll two dice to determine which of 36 planet types it is.  Is it a crash landing, an unbreathable atmosphere, or a planet of aggressive ogres?  That will affect your stay on the planet and whether you come away with anything. 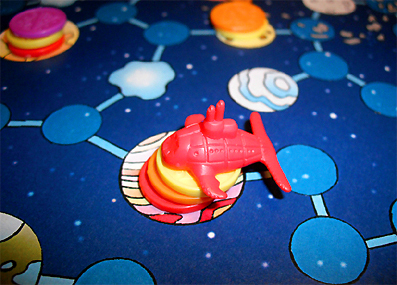 There are tokens that improve offense and defense, permit combat rerolls,and all sorts of fun.  Turns are simple, spend action points and then the next person goes.  Do you protect your colonies with your spaceships (below) or use those same spaceships to go exploring to gain Nuts (above)? 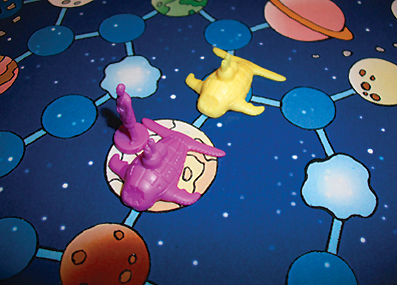 Do you expand rapidly or tech up?  Do you mine planets for extra Nuts (the currency) or move them to the next planet to create a new colony?  It is a great balance of a big theme in a small box and 30 minute playtime.

This will never be a mainstay of a game night, but it is a fun jaunt in a small box.  If the game is too simple, the rules even includes variants for astroholes and asteroids to spice things up.  Once all the planets are explored, the player with the most colonies wins.

If you like lighter games, you can give these three a whirl within two hours and see how they suit you.

Until next time, remember, ‘filler’ is not a bad word.