Friday morning at the gathering

Thursday was a slow affair.  Not many people here yet. We helped assemble the welcome bags. There are lots of bags awaiting people now. 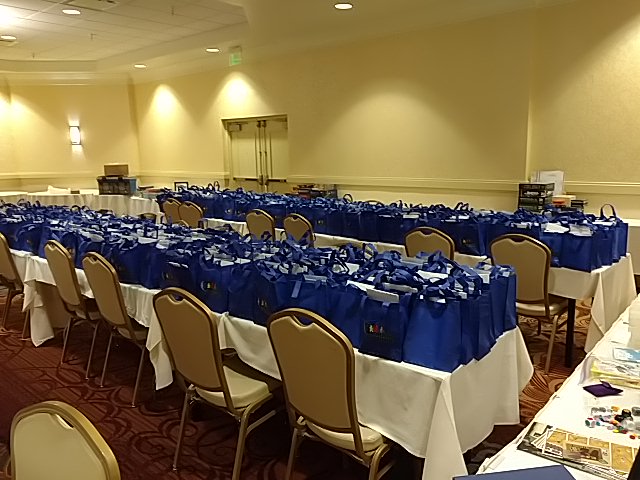 After that, we walked to Canada for pizza. It’s my favorite place in all of Canada, and it’s worth a walk every year. 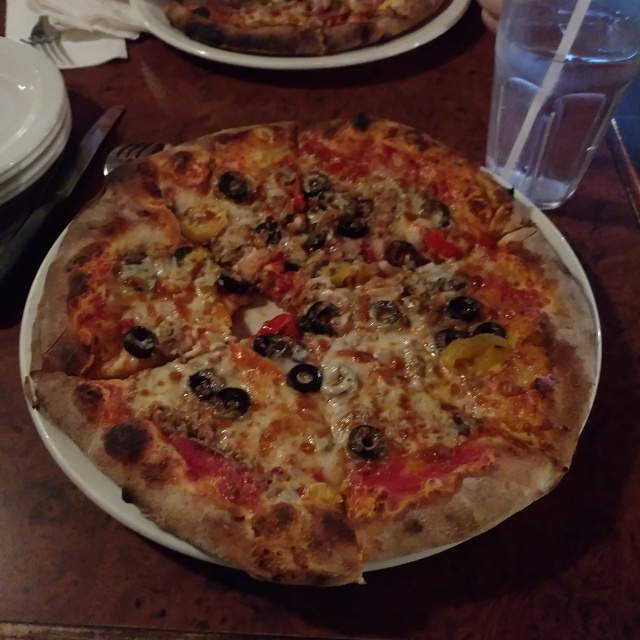 Then it was time for games

This is a new game from Abacus. Kinda of a simple ricochet robots. Make a modular board. Roll dice to determine start and end spots. . Fastest to find a route (not necessarily the shortest) and get a point. First to five wins 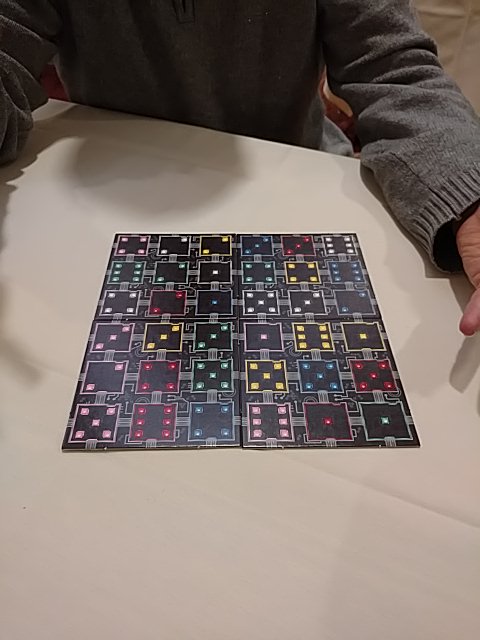 Leo goes to the Barber

A cute family-ish cooperative game. Try to get Leo the Lion to the end of the trail so he can get his hair cut by Bobo the Barber.

The IELLO re-do of this great game from Taiwan. The components are bigger but the fun is the same

A Russian game from Gaga. Rules could use a better translation or some better clarification. A trading game with a super volatile market with some secret and simultaneous action choosing. It seems like there’s a game here but the market movement rules are fiddly.

Another go at this. The base game is pretty simplistic. We now think the advanced variant adds a bit more flair. In that variant, you also roll for a midpoint and then you calculate the route.

Then it was 11pm and then it was time for bed. With only 15 Gamers in the room, it seemed like a good night to catch up on sleep.

On friday, there was a sighting rarer than a Snark in the wild. Alan was sighted playing a game at his own convention. 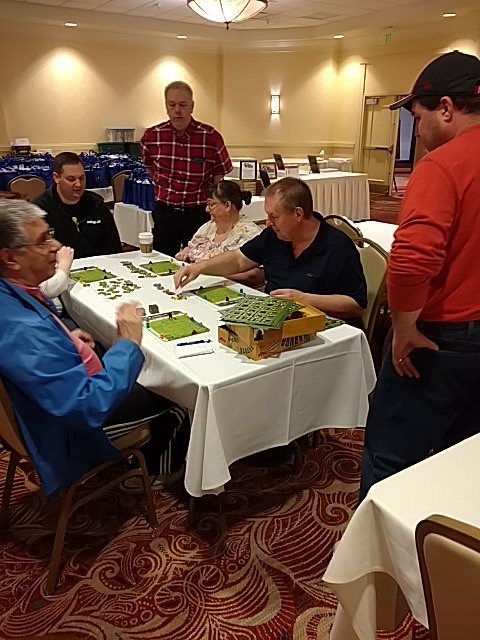 For the record, it’s Karuba. 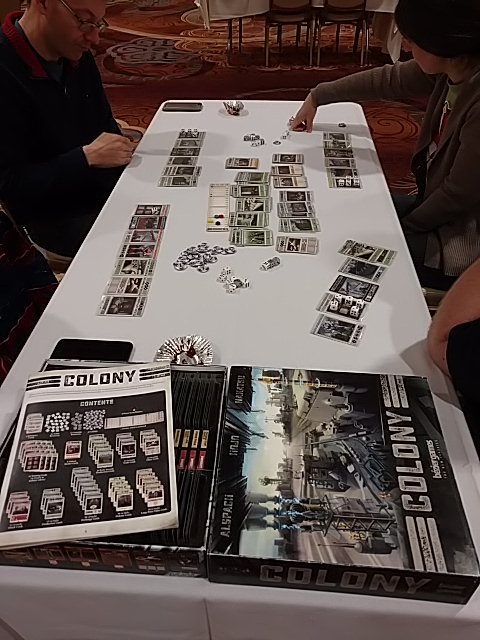 Colony from Bezier. A redone version of Age of Craft. 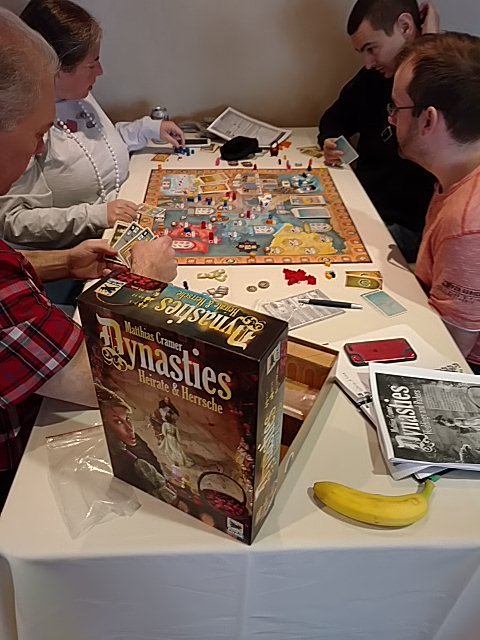 Dynasties from HiG. I assume that Zman is doing it too because it was being shown by Jeff F from Zman.

More later. Gotta go make some wine and get my butt kicked.

2 Responses to Friday morning at the gathering