Monday morning at the gathering 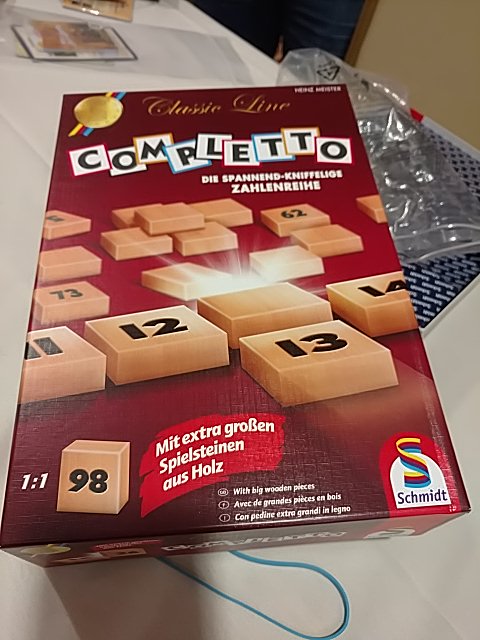 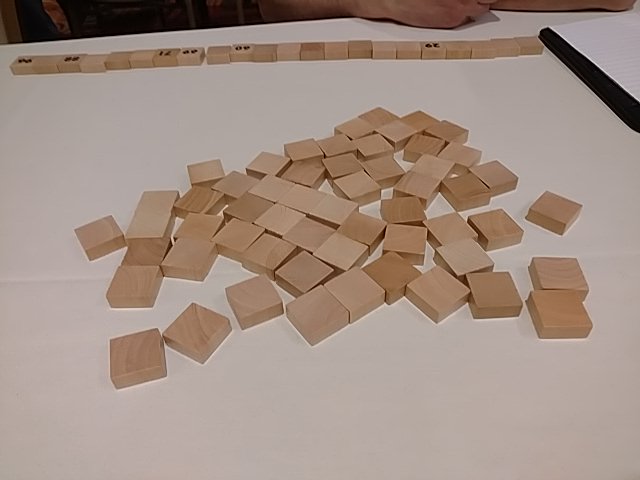 You start with 17. Facedown and 5 face up that you get to choose the location.  Then draw a facedown tile and put it in the chosen place.  Winner is the player to have a face up line of 22 in ascending order.

It’s an interesting take on RackO. But since I own racko, no need for this.

The final game for the night is Legends from Ravensburger 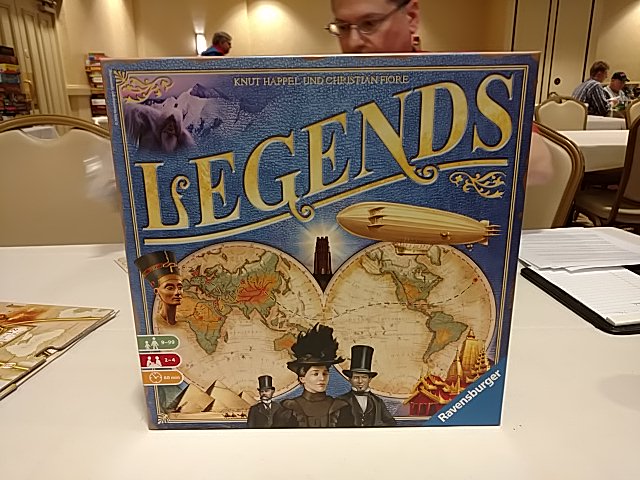 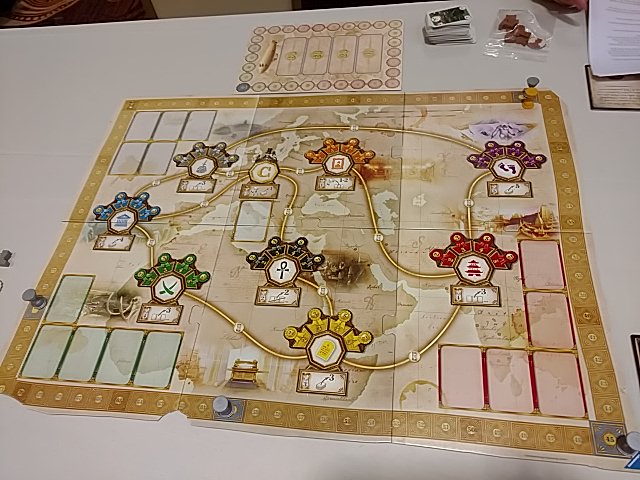 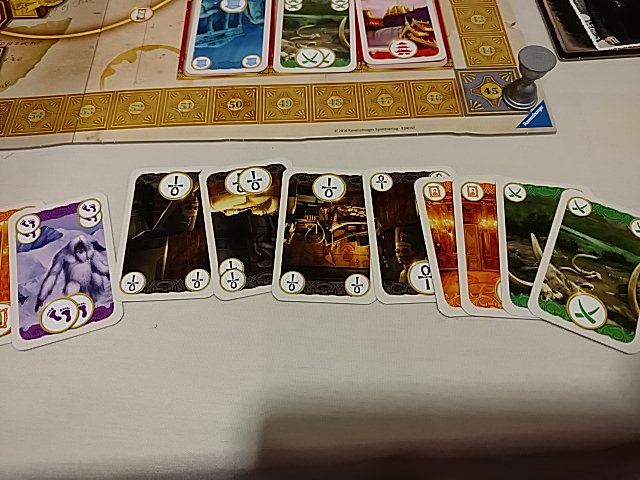 You play the icons in a region on the space or you take a card drawing/drafting action that is specific to the space. Scoring happens occasionally in some mystical manner. Well, not really mystical, but perhaps I tried to learn the game too late.

Monday morning was mostly cleaning up. Have to make sure that all of my games are heading home with me.  Once that was done, there just wasn’t enough time to get another game in – so I guess that’s it for the 2016 Edition of the Gathering of Friends for me.  But – there are about a dozen of the other OG writers there, most of them until next Sunday, so we should have more to report on/write about in the weeks to come.

3 Responses to Monday morning at the gathering