I’m still on my long trip back to mid-Missouri, but here’s my Essen wrap up.  I discuss (1) the semi-final BGG Geekbuzz list and the Fairplay list, (2) when various games will arrive in the United States, and (3) some of my favorite games/promos/moments/etc. from the convention.  If you’ve missed my previous blog posts, read this one instead: this is my summary and final analysis.

There are several other games that had high ratings (>3.7 on a 5.0 scale) but didn’t have enough votes to make the list: Anachrony, Biosphere, Charterstone, Chimera Station, Keyper, Nusfjord, Rob ‘n Run, Sushi Go Party, Transatlantic, and Wendake.

Here are the top 20 on the BGG buzz list at the time of this writing, in the order they appear:

Both lists look solid, though there are a couple of exceptions (glances at Fog of Love).  I say this every day, but the truth is probably somewhere in between the two lists, and if a game is on both lists, its’ having a good convention.  (The games on either of the Fairplay lists and the BGG top 20 are: Altiplano, Anachrony, Azul, Charterstone, Chimera Station, Clans of Caledonia, Gaia Project, and Noria.)

So who’s having a really good convention?  I’ve previously explained why Plan B Games, Feuerland Spiele, and Stronghold were doing well.  Yesterday, Jeff Allers chimed in and said that Edition Spielwiese was having a great show.  Not only is Jeff right, in retrospect I can’t see how I missed them: they might have had the hottest convention.  Noria, Indian Summer, and Memoarrr! all did quite well.

When will the hot games reach US shores?

I’m speculating here based on a combination of (a) my conversations with publishers, (b) when things are available for order from online game shops, and (c) BGG threads.  Submit any corrections as a comment.  If I didn’t mention a game, it is because I don’t have any information, which is unfortunately the case for a lot of games.

No U.S. Release Announced (To My Knowledge)

Favorite Game – Either Azul or Majesty: For the Realm.  Both should be candidates for game awards next year.

Favorite Expansion – Ticket to Ride France.  I got to fiddle with a copy of this, and the France map looks very cool. 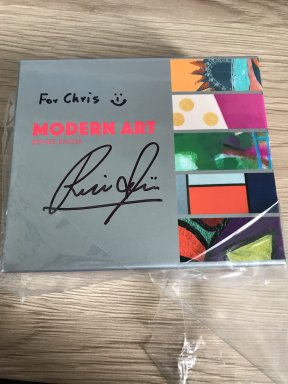 Favorite Used Game Find – TaiPan, the Dutch version of Tichu.  I collect the various versions of Tichu, and this was my white whale.

Favorite Promo – The NMBR 9 promo tiles — “Extra Tiles” and “Starting Tiles” — are very cool and look like they’ll be a nice addition to NMBR 9.

Favorite Food – Probably the spiral fried potato…. the ones Dale is (rightfully) obsessed with.

Favorite Moment(s) – Getting to game with my fellow Opinionated Gamers.  A special shoutout to Jeff Allers, who I got to game with on Thursday and Friday nights.

Three years in, I feel like I’ve got this down.  The first year I was in awe by the spectacle, finding the whole thing overwhelming.  Last year, I felt like I was finding the best way to enjoy the convention and experience it.  And this year, I finally felt like an old pro.

There were to big changes to my experience this year.  I got to travel on a press badge and attend the press events, which was very cool: it was great seeing how the various media outlets cover the convention, plus doing the preview show was nice.  Additionally, I actually got to be a Fairplay Scout this year, which was fun.  I demo a lot of games at the convention — even if I didn’t have time to do all of the nightly writeups this year — and getting to be part of the process I’ve admired for years was fun.  Hopefully I’ll get to do both again in future years.

If Essen 2017 was any indication, we have a fun year in gaming ahead.  There are more and more releases each convention, and better coverage of what those releases are (thanks primarily to W. Eric Martin).  If you enjoy board and card games, you’ll be able to find something from Essen that fits your tastes… in fact, I bet you can find a dozen or more titles.

That’s it for me for Essen coverage!  Thanks for reading and, if you followed us on Twitter, thanks for joining in that experience.

This entry was posted in Convention Report, Essen 2017. Bookmark the permalink.