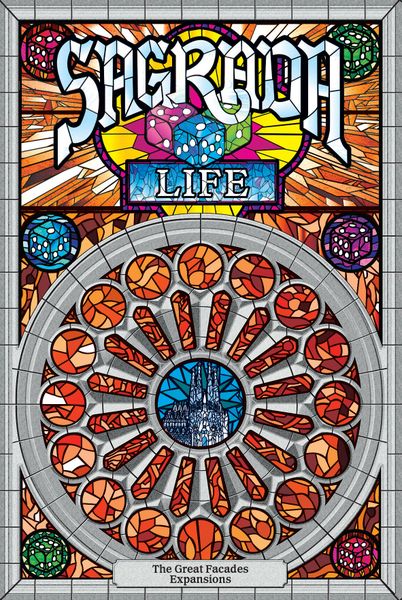 Sagrada: Life is the next expansion for the 2017 hit Sagrada.  In the base game, players work on creating the best stained glass window for the famed Catalan cathedral using colored translucent dice  There have been a number of previous expansions and promos for the game, and this current expansion set gives you two modules to add to the game: the Apprentice Module and the Masterwork module.  They can be played together or piecemeal to change your Sagrada experience. 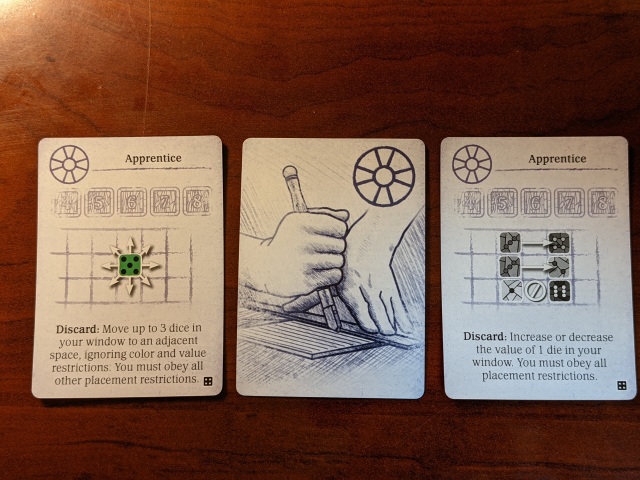 Though there are only 2 Apprentice icons on a window, it is actually possible to gain more than 2 Apprentice cards in a game because you may end up moving a die placed on an Apprentice icon thus freeing up the spot to be used again with another die. 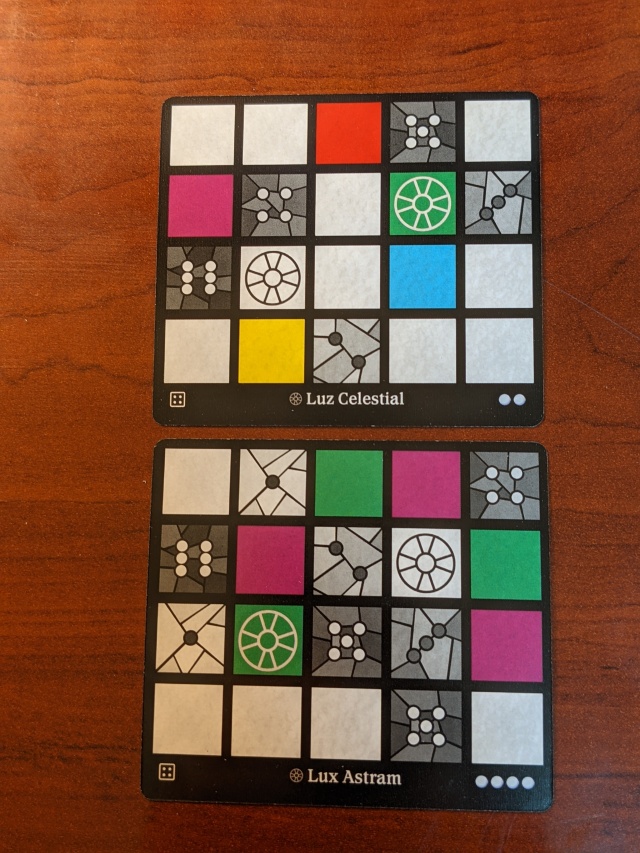 The game otherwise plays the same as the base game.  I have found that the effects of the Apprentice cards are somewhat variable – though a lot of the effectiveness depends on your particular strategy for that game.  Examples of effects are:

Of note, some of the Apprentice cards refer to other expansions (for instance, the Masterwork module in this same box) – and if you are not playing with a particular expansion, you should remove the associated Apprentice cards prior to playing.

As you can see, the powers are quite diverse, though a lot will depend on the timing and the particular state of your board.  The timing of grabbing them is also a little complicated as you have to place a die onto the designated space on your window – so you might not be able or willing to take a card when it happens to be available to you.  This expansion adds a fair bit of variability to the game, so if you want more unpredictability and large swings of fortune in your Sagrada games, this might be a good one to add.

This module uses a special set of Orange dice – these dice do not have numbers on them but instead have arrows on the faces.  There is a special Masterwork Board which is used – and the dice are set up on the board following the pictures on the bottom row; that is so that each of the six faces is visible in one column.  Above the orange dice are two slots, one with a number and one with a color.

During the course of the game, while drafting, a player can choose to take a Masterwork die by placing their drafted die in a spot that matches its color or number.  Then, that player can choose the orange die at the bottom of the column where they placed their drafted die.  This chosen Masterwork die is then placed onto the players Window, though it can be rotated so that the arrows point in an advantageous way.  Depending on the column, you will also gain 0, 1 or 2 Favor tokens.  As the die does not have a number on it, it can be placed on any number-restricted space; as it has a color though, it cannot be placed on a space which is color restricted.  The value of the orange die is always 0 if you are asked to sum its value, and its value is equal to all other orange dice with the same face showing (in cases where you are asked to find dice with the same value).

This expansion module seems a bit more cerebral.  It gives the players a few more options to think about, but I like the fact that a player could also choose to simply ignore the whole thing.  There is a risk/reward in the Masterwork dice, and that keeps people from simply choosing them all the time.  IF you take an orange die that you can’t use, not only will you lose 2VP, you have also now occupied 5% of your window with a die that likely doesn’t help you meet any of your other goals either.

This expansion module does seem to add a bit more to the playing time than the Apprentice module as there are now more things to think about in the drafting of dice as well as the placement.  For those looking for a slightly more complex version of the game, this is a nice addition.  Plan on it adding maybe ten minutes to the game, but that’s an appropriate amount for the added thinking required.

Both of these modules add something a little different to the base Sagrada game, and you are able to pick and choose which parts you want to add.  I love this flexibility, and while I’ll admit that I might still prefer the elegance of the original game, both of these expansions will be good for the right group of gamers.