I’m still here, sort of. It has been awhile since I have posted anything over here on the Opinionated Gamers, and I figure it’s about time we change that. With that said, I’m not going to go over everything I’ve played over the past four months, although in reality it isn’t a whole heck of a lot. We’ve definitely found ourselves as a family doing things other than playing games, and with how the Pandemic is moving through Missouri still our game groups have been hit and miss at best. We are slowly getting back into a groove, every other week or so we’ll have a game night and then every other week we’ll have a game day on a Sunday usually dedicated to Gloomhaven or other things like that. So while we are playing games, I don’t really think that we are playing them enough that folks want to read my review of them. Although I do have a couple on the horizon. So, since April, I’ve only sat down and played 37 games a total of 61 plays. The game we played the most, The Initiative, will be the last one I talk about here. We finished the story line, 14 games over three or four months. That’s kind of a big step for us as we never finish these kinds of games, but I’m not sold on it being a good step. Otherwise, things have been kind of just moving forward. Nothing too exciting, nothing too boring gamewise. 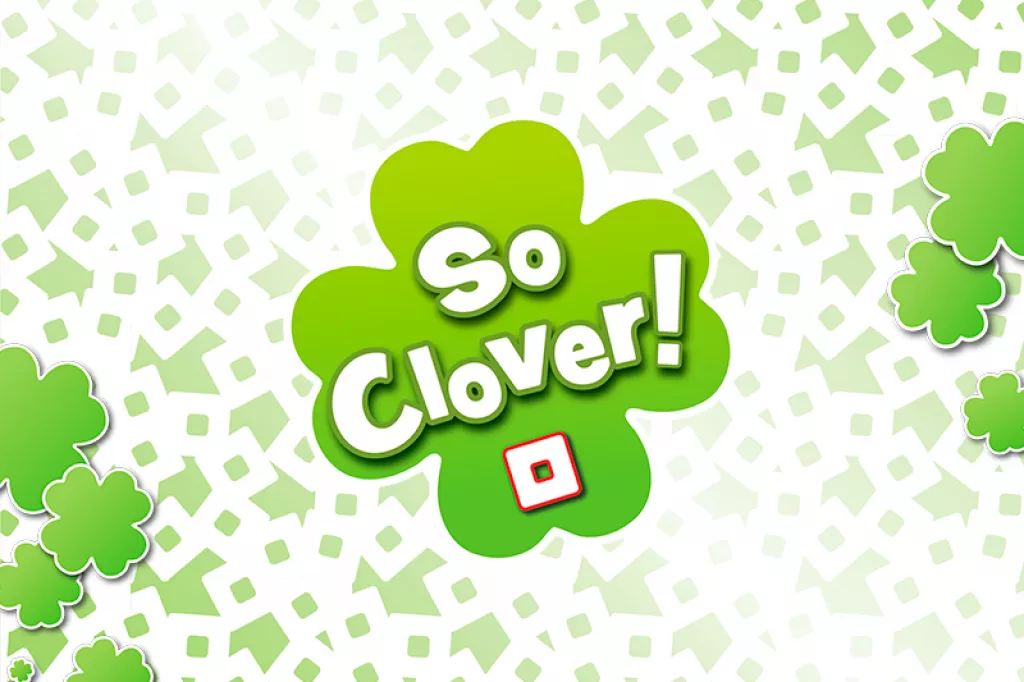 After the success that Just One had with my family, I figured I had to jump on board with the new word association game from Repos. It’s kind of difficult to describe this without a picture of what you are working with here, so I’ll drop an extra photo in here, just this once. So Clover is a cooperative word game where you are trying to get your teammates to correctly organize word cards on your player board based on clues that you write on the actual board with dry erase markers. There are places to write four clues and each card has four words on it, but the trick is, you have to use two different cards for each clue. At the beginning of the game everyone is dealt four cards and they arrange them on the clover board to best suit their clue giving. After they have written their clues they remove the cards from the board, add another card to give them five total and on their turn they show everyone their clover board and flip out their cards for all to see and the group tries to arrange them on the board in the correct spots. If they get them all correct the first try the group gets 6 points, otherwise they get one more shot and you will get 1 point per correct card. In the end you are just trying to score as many points as your group possibly can score one time around the table with each player revealing their player board and the other players trying to put it back together correctly. It’s not bad, I still prefer Just One, but So Clover can be a lot of fun. Sometimes the clues come easy, but other times you have to make some big stretches and hope that the other clues lead your teammates to the correct answers. Groups that know each other pretty well, families and friends will have a lot easier time with something like this than strangers will, as there is only so much room for cleverness when folks don’t know what the other people know about you. 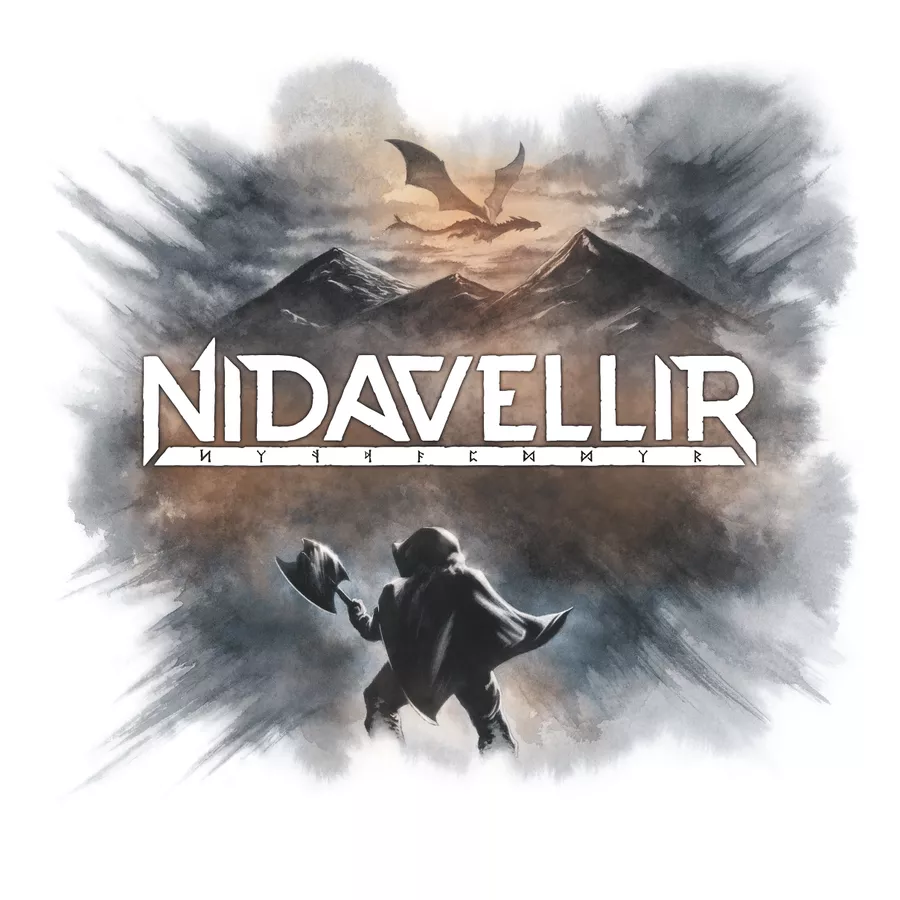 I honestly should do a review of this one, I don’t believe we have one up on the OG and honestly, Nidavellir has kind of been a big surprise to me. What essentially is a simple drafting game where you are visiting different taverns in an attempt to find the perfect group to take on the mighty dragon, is truly a clever little exercise in math. So while thematically you are drafting dwarves to join your ranks, really what you are doing is collecting sets that will score differently based on what they are. Some score more points the more you collect, others you need good multipliers, it’s fun and obviously the designers have done the mathematical leg work. But what truly makes Nidavellir, for me at least, is the bidding system and how you attract these dwarves to your groups. Everyone has five coins of the same value to start the game, and each tavern you bid at in order to determine the order of drafting. Being that there are three taverns, and you have five coins, makes for some fun choices, but you can also upgrade coins to higher value coins by not using coins. I know, it’s confusing when I describe it, but honestly in play this has completely killed 7 Wonders for me. Give it a try if you get the chance, and I’ll work on a better review of this if I find out no one has reviewed it here. 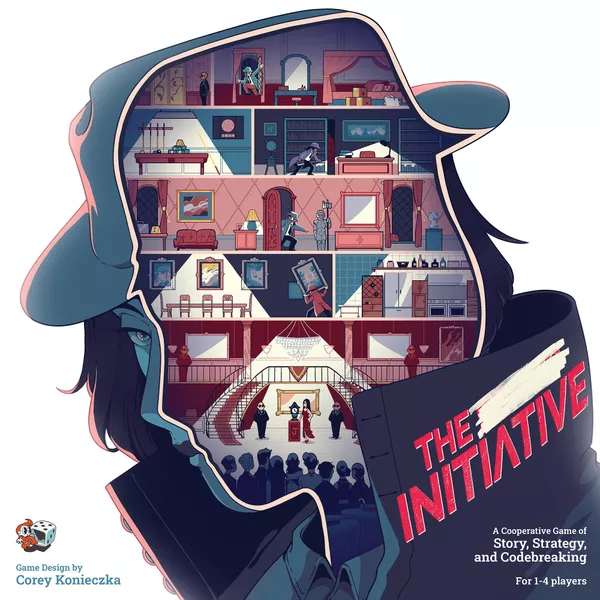 Now the fun part, the game that kind of ruined gaming for me for a bit. Not because it’s horrible mind you, just that it’s repetitive and we played through the story mode in hopes of some big overarching fun, but only got diminishing returns and in the end, we were just glad we didn’t have to play it again, even though there are like thirty more cases in the box. Thematically, The Initiative should be a fun ride over 14 games, you are a group of friends who find a game at a garage sale, but the game turns out to be more than just a game. Through the 14 missions you learn the overarching story and through “cracking codes”, you supposedly become better at your new “job”. The Initiative is cooperative, each mission has a map and clues spread out around the map. Through actions, the players will reveal clues which will either help you to solve the puzzle for each mission, not help you, or even hurt you. At any time during the game if you think you know the answer, you can just attempt to solve the clue and if you are correct, you move on. So depending on the randomness of the clue locations, the mission could end really quickly or take longer. Rarely did we feel like we hit that sweet spot where it felt right. Some missions will also have villains on the map, these villains will hinder your ability to take certain actions. They can be defeated and gotten rid of, or just avoided for the most part. The most interesting part of The Initiative is the card play that allows you to take actions. There are four actions that players can do, in order to take the action the player on turn has to play a card of higher value than one previously played on that action. So if the person before plays a seven and you want to play that action, you have to play an eight or higher. There are four suits of cards and they run from one to eleven (or twelve, I honestly forget), so you have to time the taking of actions fairly carefully with limited communication among players. Three of the actions can be reset through taking the fourth action, which cannot be reset, so you are limited in the number of resets that you can do. The card play/action selection felt like a fresh idea to me, it just was wrapped up in a very repetitive game. You basically do the same thing every mission. You can fail the mission, there are bomb cards that get shuffled into the deck when you have to reshuffle your discards the first time, if at any time you flip a third bomb icon through the drawing of cards, you lose. Which is how we lost our only mission. We never had a chance, the first two cards revealed three bomb icons and we were done. Oh well, the story continues on regardless and we seemingly really didn’t miss much of anything by losing that one. Each player’s character will have a special power that they can use once per mission and after a couple plays it will become pretty obvious when to use them to gain the most benefit. Also, you learn to do a bit of manipulation of the action piles by saving resets as late as possible, and getting as many cards as possible into the discard pile as possible to make that second go around last as long as you need. There is really only one “surprise” in the first fourteen missions, and all three of us saw it coming, we just wondered when it was going to happen. The puzzles are simple to solve, given that you don’t get unlucky and actually reveal clues that help. Maybe they were supposed to be that way, I mean this is the first fourteen missions of what is supposed to be a game that you continue to play over and over until you solve all the extra puzzles, but honestly, I don’t know who would want to after those first fourteen increasingly mind numbing, almost scripted sessions.

Like Loading...
This entry was posted in Reviews and tagged Nidavellir, So Clover, The Initiative, Three Games. Bookmark the permalink.