Brandon Kempf – Three Games of the Past 6 Months

It has been awhile, and I apologize. Like a lot of folks the malaise of the last two years had finally taken full hold and made me just kind of give up on one of my favorite things, talking about board games. I think the last time I wrote anything for the OG was in September of last year after The Gathering of Friends seemed to help renew a bit of that desire, but it was short lived and here we are, March of 2022 and I am finally getting back around to it. I hopped back into weekly posting in one of my favorite long running Geeklists on Board Game Geek a couple months back and it has been refreshing to have something to do on Monday mornings for a half hour or so. In the meantime, Dale has continued to fill this website with game after game and I am honestly utterly confused at how he continued to do it amidst all of this (motioning arms to everything). So let’s talk about three games that I’ve been playing since we last spoke in September.

Descent Legends of the Dark 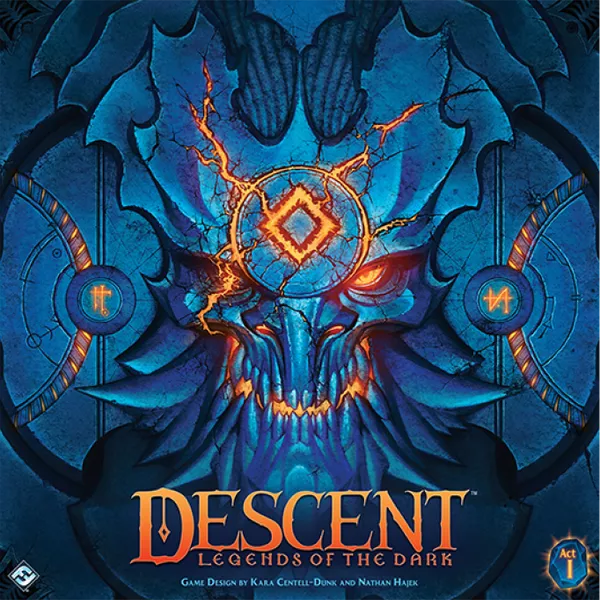 I took a look at Descent Legends of the Dark back in September ‘21, with a quick review of the game from the standpoint of someone who jumped into a campaign that was already ongoing. Since that time, I have kind of dove in headfirst. First big thing is that I have painted all of the miniatures, which is a huge thing for me. I haven’t attempted to paint since I first got and put together Super Dungeon Explore years ago, and I quickly quit that. Difference this time is that I used Citadel Contrast paints and they honestly do a lot of the work for you with shading and such. It also helps that I kind of lowered the idea of how well I would be able to paint them, I simply wanted a set that looked good on the table and I think I succeeded at that. On top of that, we’ve started a campaign here at home and we are currently 9 scenarios into the campaign, which to my understanding is just a bit over halfway through the full story. I am still firmly in the “I love it” camp, but there are some things that have started to bug me over time. First off, the cardboard is not nearly as durable as I thought it would be. I have trees falling apart, tables that won’t stay together and we won’t even mention the giant dragon skeleton that basically sits in pieces in the box. The leveling has been a bit of a bummer as we are halfway through and only have earned 2 xp per character. In Descent Legends of the Dark your xp dictates your skills that you can use in a quest. Maybe that’s okay though since the feat system can be a bit of a bear as well, and the feats are where you earn your new skills so we haven’t unlocked a lot of skills either. Recipes are a huge part of the game, you want to discover as many of them as you can to get better weapons and to improve existing weapons. There is a distinct difference between upgraded and not upgraded. So one of your crew is usually pegged to carry one of the trinkets that allows for more recipe drops, which kind of diminishes a bit of the character’s usefulness in the moment. All in all though this is a wonderful dungeon crawl style game and it has completely spoiled me in terms of that app. So much so that I have looked at other campaign style dungeon crawlers and just backed off when I saw just how much we would actually have to track on our own. I don’t need that kind of hassle in my gaming life. My goal here is to finish out these final 7 quests in our campaign and then I can give a full rundown of how I felt and how the group felt about playing Descent Legends of the Dark 16 times and see if by then Fantasy Flight has announced anything official about how they are going to expand the game. 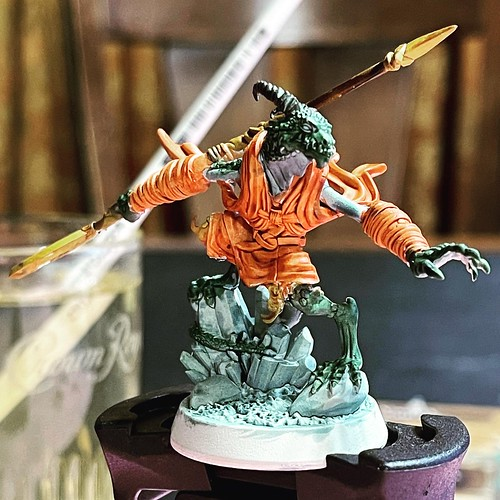 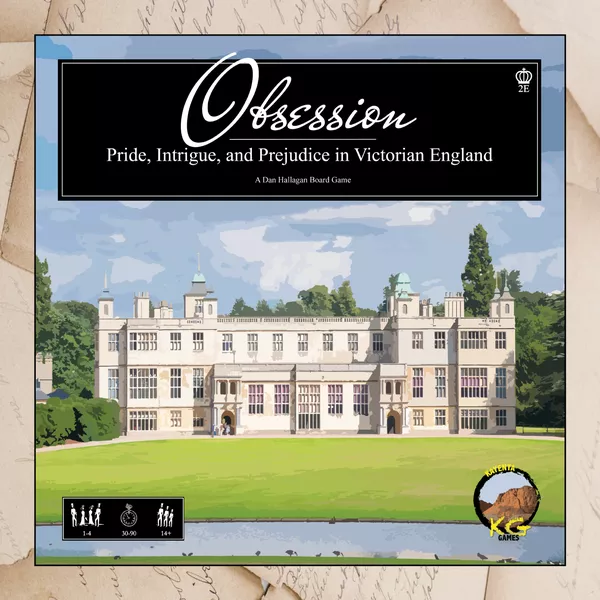 I have a full review of this in the works, I am just having trouble staying motivated on any one thing at the moment. Obsession is a board game for folks who enjoy things like Downton Abbey, or at least that’s what I have been told. That was the selling point someone used for me before they knew I had never watched a single second of Downton Abbey. Thankfully Obsession is a bit more than just Downton Abbey – The Board Game. At its core, Obsession is a tile laying game where you are trying to rebuild your standing in British society. You are improving your Estate, you are hosting galas and sporting events at your residence all in hopefully attracting the attention of the available Fairchild son or daughter. Bringing them into your social group would surely be the final puzzle piece to the recovery of your family Estate. It really is a fascinating game that deserves more attention than what I am giving it here, which is why I am working on the aforementioned review for it. Having played it at 2, 3 & 4 player counts, it is a wonderfully competitive affair. It does seem to play longer than the sum of its parts, but I am willing to give the game the benefit of the doubt. I know our group slow-plays a lot of games, quite possibly that is what’s going on here. I have distinctly felt interest waning as the game progresses toward its finality though. Obsession does include a solo mode, as noted I have not played that, and probably will not, it seems an awfully elaborate thing to set up just to play with one’s self.

I am honestly having a difficult time coming up with a third game to kind of touch on. Since September of 2021 I have sat at the table, or computer, and played 164 plays of 59 different games. With 45 of those plays being 7 Wonders and 24 of them being Azul over on Board Game Arena. After that is 9 plays of Descent Legends of the Dark, discussed earlier, and 7 plays of Living Forest, which Dale will have a review of this week I believe. Only other game I have played five or more times is Qwirkle and I am sure you all have heard more than enough about Qwirkle over the years from myself and others. We still aren’t meeting up enough to get many multiple plays, which I think is perfectly acceptable for any group that likes to play new things, but is kind of unacceptable for someone who wants to actually review games. Yes, I know, this Three Games series isn’t reviewing a game, but still I feel weird touching on a game that I’ve only played once or twice. That being said, let’s make our third game– 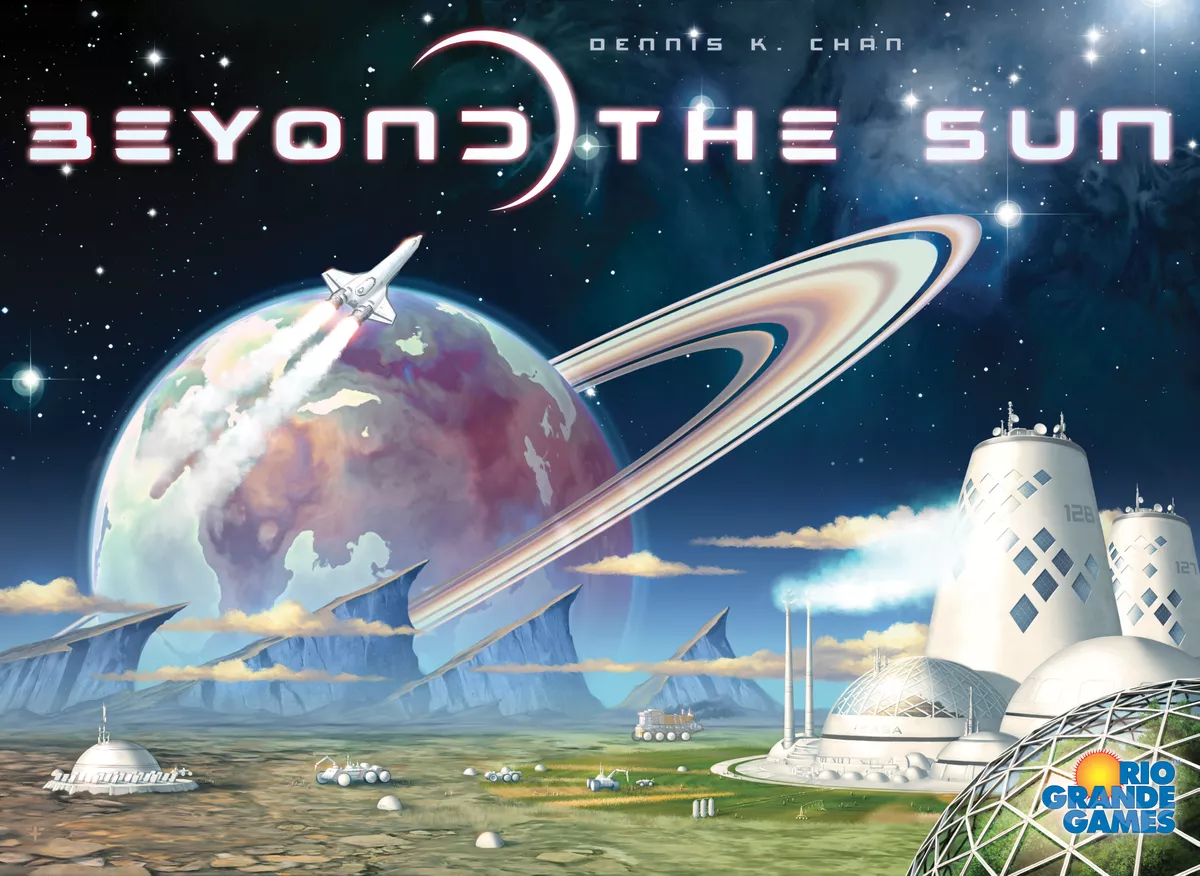 You will probably be hearing more about this one in coming weeks from The Opinionated Gamers. I’ve heard all of the talk in the background about it and the love that most folks have for Beyond the Sun. I’m not one of the folks in love with it. Beyond the Sun has been called the “tech tree” game. At its core, Beyond the Sun, is a simple action selection game. On a turn you select an action and follow through. Along the while you are wanting to open up more actions to take via the tech tree by researching. In theory this research on the tech tree is supposed to vary what each player can do by giving them different choices and trying to incentivize them to research unknown technologies. It all sounds cool when you read about it, but even with varying paths, in my two plays, everything felt “samey”. The technologies are not the same, they all do some variation of different things, but the outcomes feel the same. It didn’t feel as though there were interesting choices, just choices that all lead to about the same end game points wise. Now, as I said, I have only played this once at the table at two players and another time online, in which my interest faded after about a quarter of the game because of the slowness of other players and I just wanted the game to be over so I checked out. I do want to play it again to see if I am wrong, and I hope that I am. At this point to me though, it just feels like one of those ultra balanced Euro’s that folks eat up around the board gaming community. Just because you have choices, doesn’t mean that they are all that interesting, there have to be some repercussions for making suboptimal choices and Beyond the Sun just feels like you are always going to be moving up, regardless of what you choose, short of checking out and being horribly suboptimal on purpose. I hope I am wrong, I really do, and hopefully I get to see that for myself in a future play or two.

Thoughts from Other Opinionated Gamers:

Joe Huber – I’ve played Beyond the Sun more than twenty times – both in person and online – and I agree entirely with Brandon that you are always going to be moving up.  Much, in fact, as in Settlers of Catan – I think always making progress is one of the things that draws people to these games.  The differentiation then isn’t between moving forward and moving backward, but in how quickly you progress.  Above and beyond choosing different paths, there are lots of choices for how to optimize those paths – and enough variety between games that it’s continued to hold up for me.

Larry – Beyond the Sun was my favorite game from 2020 and I’ve probably played it close to 20 times.  One of the things I find compelling about the game is its variety.  The different technologies and planets all have interesting and varied capabilities and that makes every game feel different and provides unique challenges each time.  I guess the techs aren’t dramatically different, but they differ enough so that when one I haven’t seen comes up, my reaction is often “Hmm, that’ll be fun to use”.  So I not only disagree with Brandon’s assertion that BtS feels “samey”, I actually think variety is one of its strengths.

Mark Jackson – I found Beyond the Sun worked just fine… and I enjoyed my one play of it. But I didn’t feel any need to track down a copy and/or play again. (So, not all of us are enamored of it.)

Like Loading...
This entry was posted in Reviews and tagged Beyond the Sun, Dan Hallagan, Dennis K Chan, Descent Legends of the Dark, Kara Centell-Dunk, Nathan I. Hajek, Obsession, Three Games. Bookmark the permalink.