Made it back through border patrol without too much issue. Well, except that the turnstiles didn’t want to let Dan Blum back into the country. Damn smart turnstile.

First game after dinner is Elysium. A very interesting drafting game with a clever restriction mechanic that you use to choose your cards.  It’s a bit attack-y but not overly so. Our first game took just over an hour for four with rules reading. I very much liked this one. 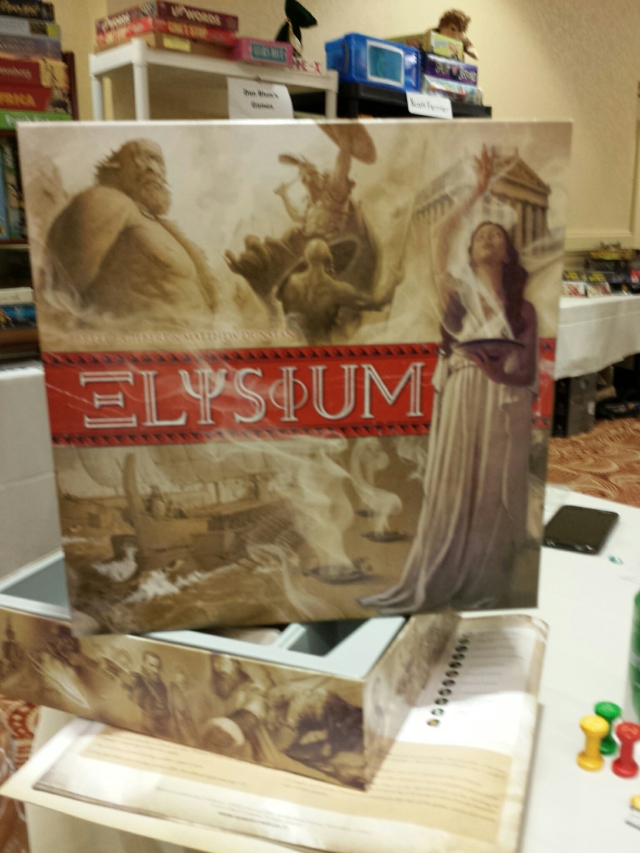 Now that I’m getting tired, mostly fillers. First up was Doodle quest, a game that I had imported from Germany. It’s a blast. 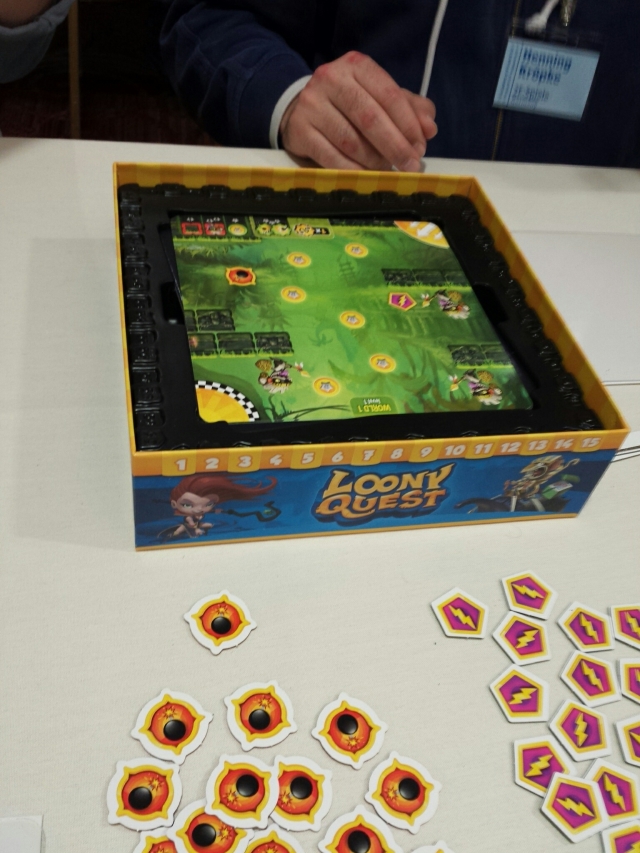 On each round, a board is placed in the box. You then get 30 seconds to draw a line to try to score points.

Then we moved onto Bau.
Roll a die, take a wooden piece that matches your roll.
Your job is to build the tallest tower in the game.

Here’s my first tower. Three pieces tall. I was allowed to quit because I had the highest tower at the time.

The game isn’t quite done, they’re still working on what sorts of wood pieces need to be in the box. (so says peter eggert)

Now we finished out the night with some small quirky Japanese games.

We aborted on kasakasa as we didn’t have enough rules. 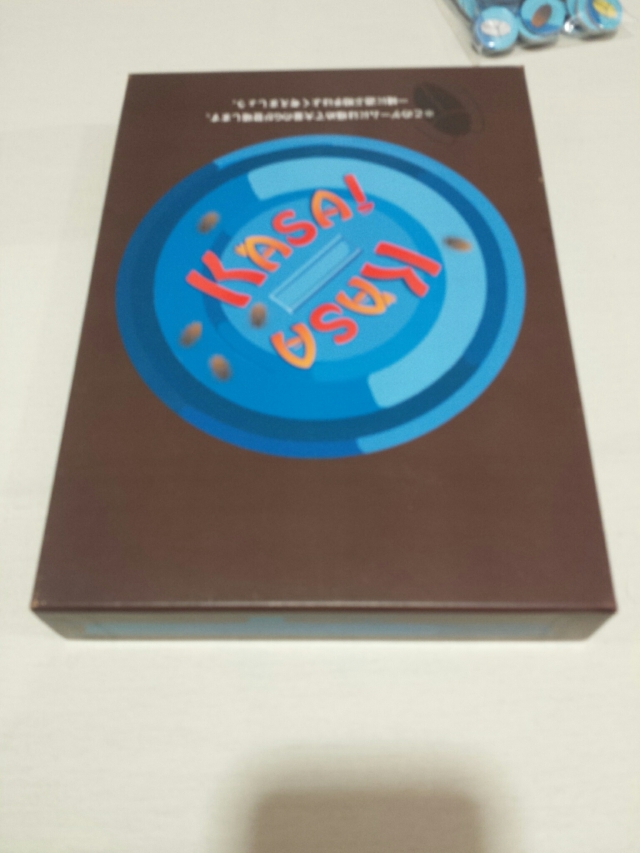