I have gone on record in the past saying that Columbus, Ohio may be one of the best cities in the country to be a boardgamer – and my experiences this year in the capital of O-HI-O have firmed up that belief.    The city is the host to Origins, one of the major national game conventions, and it is a short distance away from GenCon (in Indianapolis).

The local game group (CABS – the Columbus Area Boardgaming Society) is one of the largest and best organized groups that I have come across with their bi-monthly meetings often tallying 140+ gamers in attendance.  Most meetings have at least one food truck brought in to make sure that gamers don’t have to go too far to eat in between games.  They have dedicated space for gaming as well as a fully stocked game library (which is used at Origins and the Buckeye Game Fest)

Ohio, with 7 presidential ballrooms so far…

The Buckeye Game Fest (BGF) – https://www.buckeyegamefest.com/ – used to be part of CABS, but it has been spun off on its own.  It has been going for over twenty years now, and it has evolved well.  This year’s event was held downtown at the Columbus Hyatt Regency – taking up a good portion of the lower level ballrooms.  The atrium space between the different ballrooms held space for the registration area as well as the CABS library.  Unlike previous years when the Con was in a suburban location, parking is of course an issue as the hotel is smack in the middle of downtown.  However, there are a number of garages nearby, and the convention was even able to reserve garage spaces with the ability to pre-pay for the spaces online!

The convention spans four days, Thursday thru Sunday – and I believe the badges nearly sold out this year.  The cost is reasonable – $20 for all four days if you are a CABS member, and $60 if you are not a member. This gets you into the convention for all four days as well as giving you access to the CABS library – which is currently just under 1100 games:  https://cabsgamers.org/library   There is also a huge play-to-win list where you can learn a new game, and the winner of that game takes home a copy!

Additionally, everyone who gets a badge gets a door prize – a new game donated from one of the sponsors.  This year, the smallest game I saw was Burger Joint (designed by our own OG member, Joe Huber) and the largest was Utopia.  Overall, not a bad selection of games – and I’m glad to have taken home one of them… 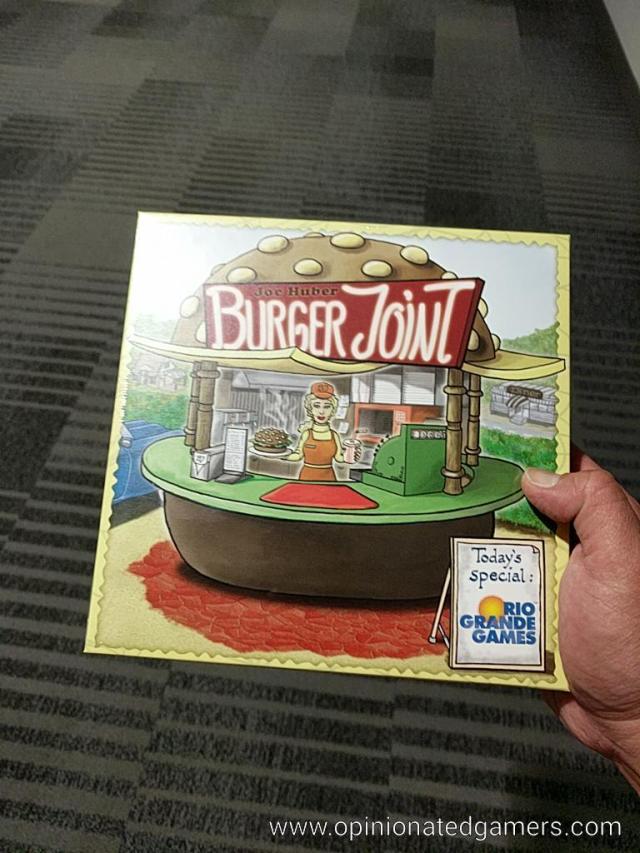 There are also a number of events planned for the con… In addition to the open gaming BGF typically hosts over 100 events, including: Artemis ship bridge simulator, Elder Entertainment role-playing events, brand new play tests, and more!  I am sad to have missed Trapped Columbus – a local escape room place that provided an on-site escape room on Saturday.  (How many cons can boast that?!) This year there was also a new Game Design Competition at the con.

The most awesome event at BGF is the consignment sale.  Here, BGF attendees can sell games on Saturday morning to other attendees.  The cost to participate is a reasonable $1in order to receive a seller number and then 10% of the selling price for each item sold. Additionally, each unsold item will cost $0.25 as a processing fee.  Each item placed in the store has three prices: High Cost price from 9:30 a.m. to 10:30 a.m.; Mid Cost Price from 10:45 a.m. to 11:45 a.m., and Low Cost price from 12 p.m. to 1 p.m.  You simply fill out the forms online, and they print them out and attach them to your games.  It is a great way to both clean out the game room of games that no longer are getting played as well as maybe picking up a nice bargain or two.  I was again able to sell a number of games to generate the funds needed to keep the Opinionated Gamers operating – thanks to all the folks at BGF who purchased the games! 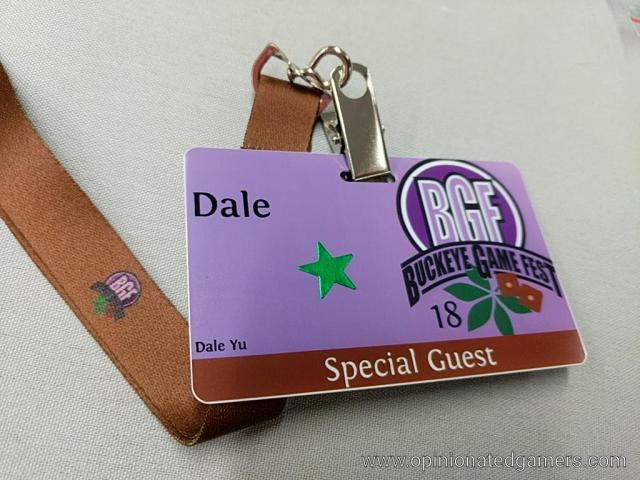 The dates for next year have already been set, Sept 5-8, 2019, and the location will be in the same downtown Hyatt Regency.   I’m trying to clear off my calendar to go for more than one day because I’d like to take in more of the events that this great regional con has to offer.