March was a bit of an improvement game playing wise. Instead of only twelve plays, March saw nineteen plays of thirteen different games. Amazingly, nine of those thirteen were new to me. One of those new games was already reviewed by me, Three Sisters. Two of them, I am probably going to review in the near future, The Initiative and Fairy Tale Inn. Both on that family game scale, but whereas The Initiative is a cooperative puzzle solving game, Fairy Tale Inn is a two player head to head game with that CMON flair. But to be honest, March saw me go down a completely different rabbit hole, vinyl, but that’s another story, for another blog. 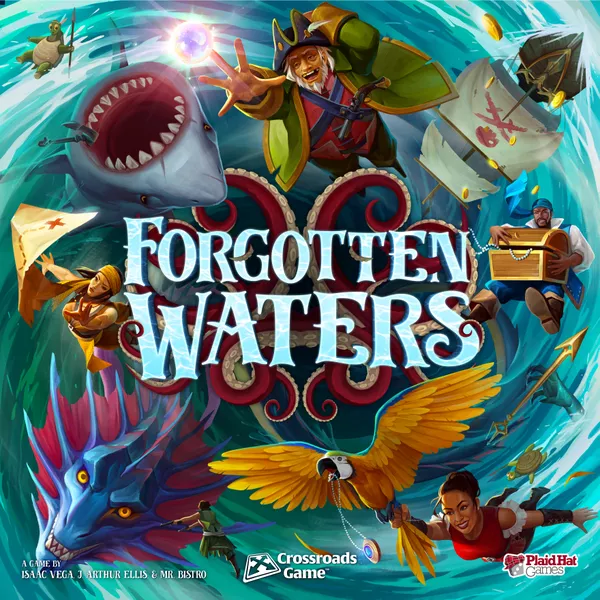 Arrrrrr, there be pirates, matey! Plaid Hat Games has always been something of an enigma to me. On one hand, I think that Summoner Wars is probably the finest two player skirmish game around and Dead of Winter was a favorite of mine for awhile as well, but outside of those titles, I have not had any luck with enjoying their stuff, until now. Forgotten Waters is a cooperative game where you are a group of pirates off on an adventure. This is a Crossroads styled game, like Dead of Winter, but there are no possible traitors or anything here. You all are just doing your best to improve your piratey ways and complete the mission. Every location that you visit has a place in the book that tells the story and each spot has locations within that location to visit to gain things, or fight things or just go to the bar. So pretty simple, but it’s not. We failed miserably our first try, second try turned out much better. The cool part about Forgotten Waters though is that the entire game is ran through a wonderfully done app through the Plaid Hat Games website, so no more reading of a bunch of cards as it’s all done for you with professional voice actors. Really, really well done. We have a large table so we set up a 36” tv to the computer at the end of the table so that we were all fully immersed in the story. Looking forward to more plays and hopefully a review, but I definitely want more plays first. 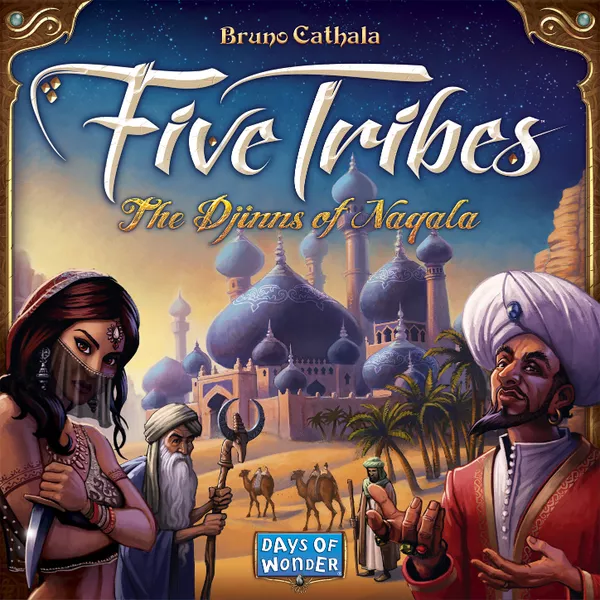 Most games don’t make it past two or three plays around here, that’s just the nature of the hobby for us. So when a game has a dozen plays it’s a pretty good sign I think. Then it sits on the shelf for awhile and you get that itching feeling that you should play it again, so you do and low and behold, it’s not really the game you remember liking so much. Well, let me rephrase, it’s the game I remember, but I don’t think that I’m the gamer I used to be. Super simple in theory, pick a tile, move some meeples in Mancala style, drop one every place along the way until you run out and you get to take some actions and hopefully claim a tile. In theory really light weight and quick playing, but it never works out that way, especially at four players. The board state changes so much in between your turns that you honestly can’t plan anything that far ahead, so you have to wait and do the math real quick like in your head on your turn, only it’s never really that quick. It’s a shame, it really is a good two player experience, from what I remember, but why would I reach for a box like this when we have numerous other games sitting around that are actually made for two players. So, with a heavy heart, after fourteen plays, we bid adieu to Five Tribes, it’s not the game, it’s me. Maybe. 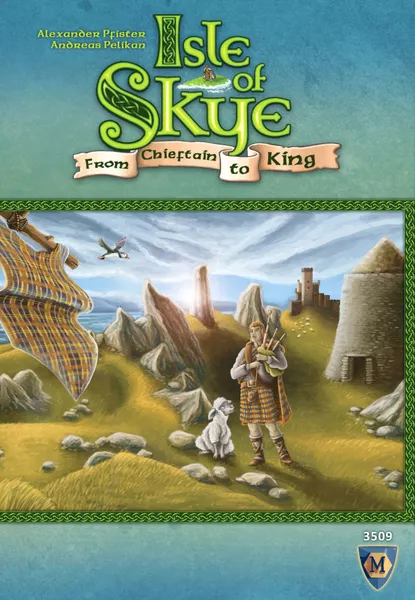 Now, how about one that just joined the dime list and is always a wonderful time. Isle of Skye has two of my favorite things in gaming, tile placement where you are building your own map and a market where you can set the prices for tiles for sale that round. I think it’s that valuation that is my favorite thing here. You have to be paying attention to what everyone is building and what scoring tiles are in play for the round. Then take that knowledge and put it all together and decide a price that you think others are willing to pay if you want to sell it, or not pay if you want to keep it. It’s a delicate balance, and one that is key to any success you want to have in Isle of Skye. it all helps that your island that you are building is fantastic looking and is kind of a puzzle in and of itself. Closing in areas completely can lead to bigger points, so planning your island needs to be another priority. I know that other folks will swear by the bigger, meatier games of Pfister, but I think they’re wrong, Isle of Skye is probably his design masterpiece and one he should be proud of.