Since this will be my third Three Games post in about 5 weeks, I am going to focus on three games this time that were only played once, but made a big impact at the table, be that good, or bad. Thanks to a gathering, which was kind of discussed in a previous Three Games and a lot of online gaming via Board Game Arena, I think I am finally done with Living Forest, at least for the time being, I had quite a few plays for the first time in a long time. Twenty Seven different games hit the table, or computer, for fifty five total plays. With Trek 12 being played eleven times with another play, an Expedition, in progress over on BGA. Our Descent campaign continued on, with me getting even more irritated as I don’t really see what use my character is to the group, but we’re having a really good time playing as a group, it gives us something to focus on every other week or so. Plus I published my first full review of a game in a long while on the site for Ark Nova, a game that I really have taken to and managed to play five times in March. What does April have in store? Probably not as much gaming and a bit more family things and house things, but we’ll hopefully keep the momentum moving forward. 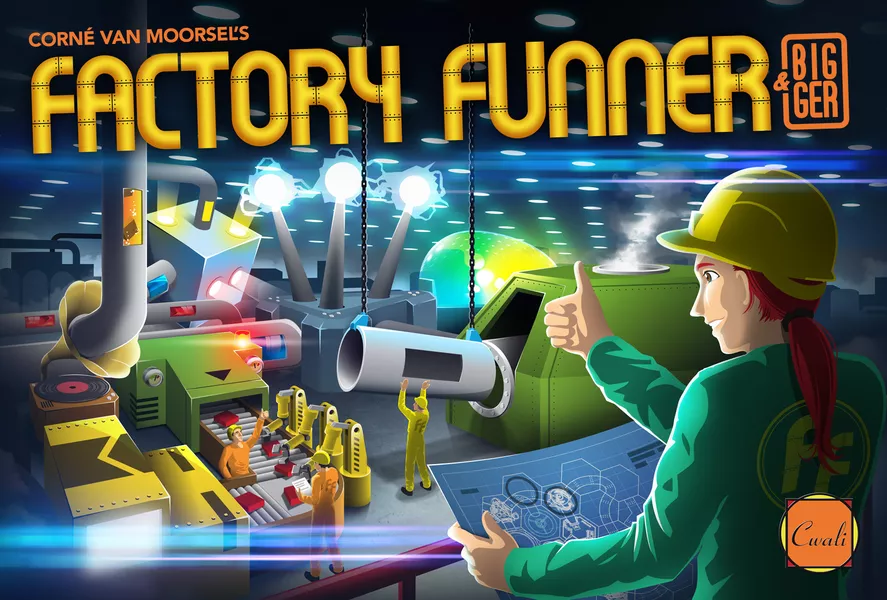 If there was a designer out there who just seems to get me and what I want from a game, it’d probably be Klaus Jurgen-Wrede or Jeff Allers, but after those two it may be Coorne Van Moorsel, at least in theory. Every time that I read a rulebook for a game of his, I feel like it’s really going to be a wonderful Brandon experience, Habitats is a great example of this. Factory Funner may end up being another. This is such a light hearted game at its core. Flip a tile, grab a tile and figure out a way to make it work in your factory to best earn you money. Eight rounds fly by, except when they don’t. This hurt my brain, in a good way, but still it hurt my brain, and I don’t think any of us particularly felt as if we did all that well. One thing though is that each of us wanted to play it again, it was just too bad that we did not have the time to do so this particular evening, so we’ll have to wait. This play though really makes me want to continue diving through the games I have on the shelves from Van Moorsel as well, but knowing what I know about his feelings on safety during a global pandemic, I’m not sure that I’ll ever feel right supporting him again. Which is sad, as I feel like designers who actually design games that fit into my narrow idea of clever and fun, are few and far between and he seemingly was one of them. 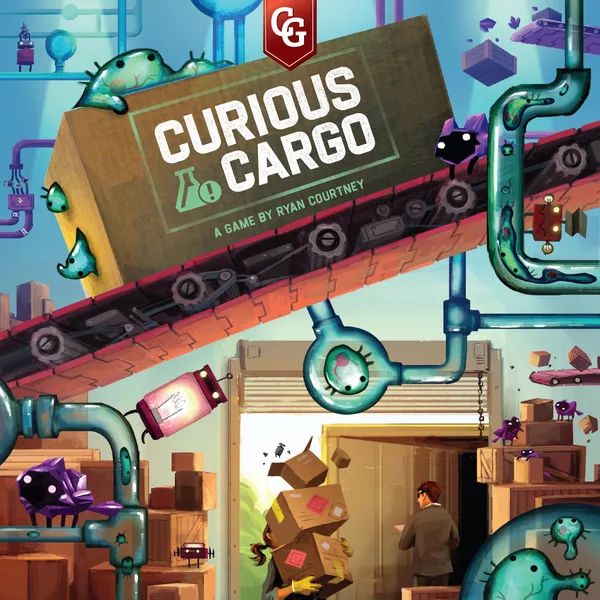 This one hurt my brain, but not in a good way. Let’s preface this by stating, I may not have fully understood the rules, or in my head I have it built into being a completely different game than what it is, but this was frustrating with a capital FRUSTRATING. I read the book and thought I had it down, followed that up with a Watch it Played video and fully was invested and knew what we were going to be doing. We are trying to build connections to get goods to our shipping side of our warehouse and also connections to our receiving side of the warehouse. This had that Passtally feel, which is not a good fit for me, it’s just frustration. You are trying to build paths with tiles that can stack or go adjacent and it all just got confusing. Top it all off, the draws I was getting seemingly were the exact same tiles. Frustration continues. End game conditions are if someone ships a combination of nine goods, gets three stars which requires you to receive 8 goods and get 10 completed connections or if the tiles or cards run out. We ran out the tiles because I just got frustrated and drew tiles and threw them into storage. I think there is a game here, but it requires the other player to play along. If I am shipping like crazy that means they are going to be receiving like crazy and maybe not concentrating on shipping so I can’t receive. If that is going on, why would I build connections to my receiving side and therefore I never get to ten on the completed connections track. Maybe I am being obtuse and maybe I am overthinking it, and maybe I was just in the wrong frame of mind to try it out, but this was not an enjoyable two player game. I am willing to try it again and see if things work differently, but man was I happy to be done with it after an hour and a half. It makes me wonder if I should just dump that copy of Pipeline that has been taunting me for so long. 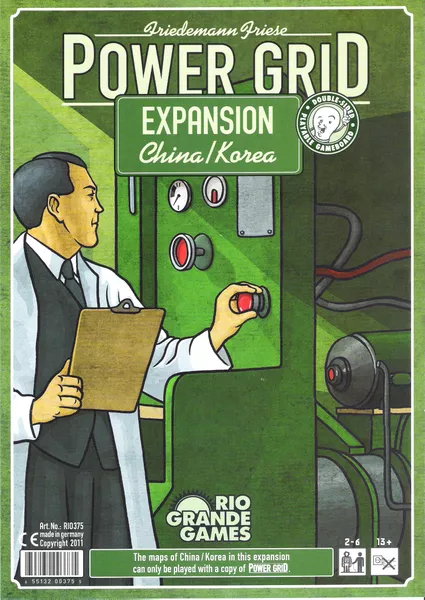 Can you believe that a writer on this website, The Opinionated Gamers, has only ever played Power Grid a half dozen times? It’s another instance of me hopping into a game group too late and having one person kind of ruin the experience of the game, so for years I just walked away when someone suggested it. I wish I hadn’t. We recently played a five player game on the Korea Map. I’ve only ever played the US map previously if memory serves me correct. I don’t normally log different maps on plays, I might make a note or something but if I play Power Grid Azerbaijan, it would still be just Power Grid. So who knows. This was by far one of my more interesting plays and I’m not sure if that is because of the map, which seemed far more crowded, or if there were other reasons. A couple of us raced out to 12 cities, and then things ground to a halt as nothing in the auction was worth buying for anyone, and no one wanted to clear out anything for others to buy or trigger that last phase where more building spots are available. So the last handful of rounds were just a lot of collecting money and hoping that someone blinked first. No one could get to that 15th to trigger the end. Myself and another player could not get out of that lead spot and that killed our hopes. Finally the logjam cleared and others got the power sources they needed and we lost. I don’t recall ever playing a game of Power Grid that stalled like that, I mean I had tons of money and nothing to spend it on, I mean I couldn’t even buy fuel as I was running a clean wind powered engine for the most part. It was fun, the paper money now has a bit of Coke on it, and everyone had a great time. Easily one of my bigger regrets is not playing Power Grid more often. No Chris, I don’t hate Power Grid. I do want to say, I have played quite a few games from Friedemann, and for the most part, I find them interesting, but never interesting enough to play more than a handful of times. Most recently I really enjoyed Feierabend but never enough to search out more plays of it, or even Faiyum and now everyone is all gaga over Free Ride so I am ready to play it at some point, but maybe never enough to actually search it out. I love the playfulness and the willingness to take a chance that Friese’s games have, and I hope that he continues to publish them. I just wish I could support him and his designs more.

Fraser: The Korea map is definitely the tightest Power Grid map I remember playing especially with five or six players, although depending on which regions end up in play Italy can get that way too.