Every year, the Österreichisches Spiele Museum has a stand at Essen where they promote their museum and the annual Vienna Game Fest which traditionally occurs a few weeks after Essen (obviously, in Vienna).  The focus of the booth is usually their annual magazine – Spiel für Spiel – which is a printed recap of all the new games available at the fair that year.

This year, the magazine has just gone to the printer. This year’s edition will feature information on over 650 games!  The cost is only 5 EUR and it is available in both English and German versions.  I have always found this to be a great resource, and I make sure to pick up a copy every year.  Invariably during the year, there will be one or two games that I’ll find in the magazine that I missed at the fair!  The previous edition, the Games Companion 2013 is now available as a free download on http://www.gamescompanion.at/ 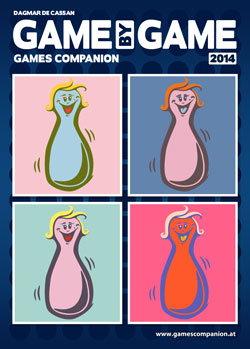 In addition to their wonderful print magazine, they usually have some sort of special game release – generally an expansion though sometimes a full game.  The cost is usually minimal – a small monetary donation to a charity, or in some years, you simply agree to wear a sticker for the day advertising their upcoming festival.  In either case, the cost is way below the value of the game or expansion. This year – the Austrians have two special games on offer: 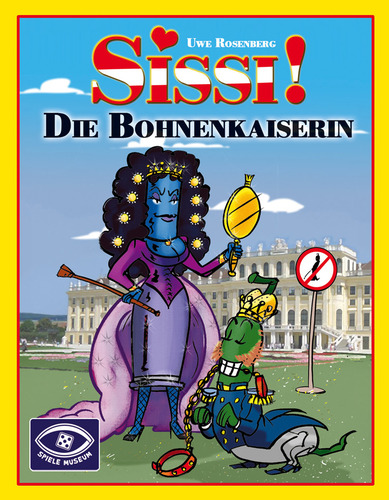 Sissi: Die Bohnenkaiserin adds human relationships to the beaniverse! This is a standalone game, based heavily on Bohnanza. The differences:

After all the normal phases in your turn, there’s a Sissi Action phase, in which fields with two consecutive beans of the same type must be harvested.

Normally, Lookout Games is the company that carries the annual expansion/extension to the Bohnanza universe.  It remains to be seen if there will also be something at Lookout or not! 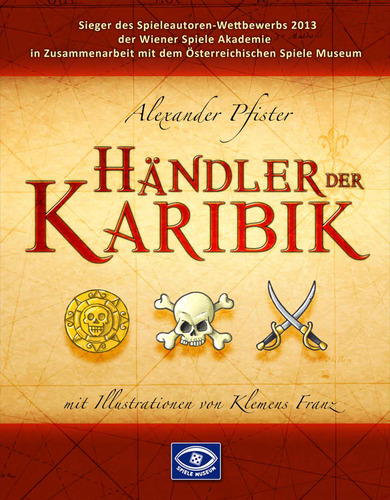 Unfortunately, there isn’t much information out on this game yet. The German rules were just posted to BGG recently, but I haven’t had time to translate them yet – I was hoping that someone would get to it prior to the show!

The cost for these games has not yet been set – but as I mentioned earlier – usually the cost/donation is far below the fair market value for the games.  All proceeds will go to charity.  Their booth is 1-C-106

Dale Yu is the Editor of the Opinionated Gamers. He can occasionally be found working as a volunteer administrator for BoardGameGeek, and he previously wrote for BoardGame News.
View all posts by Dale Yu →
This entry was posted in Essen 2013. Bookmark the permalink.