Times played: conservatively 60+ in my lifetime.  3 with new 2016 English version

Back in my youth (well, relative youth), I collected all of the “Spiele fur Zwei” games that Kosmos released – see http://boardgamegeek.com/boardgamefamily/78/kosmos-two-player-series for the full list.  When I first started playing games, a huge game group was not a regular thing for me – oftentimes, it was just me and one other player, and as such, having good 2p games around was a necessity.

As I have mentioned in earlier reviews in the past year, Thames & Kosmos is trying to make a splash in the American game market by starting to co-produce some of the games that Kosmos is doing in Germany (see Tumult Royale and Steam Time) as well as trying to do limited reprints of some of the classic games from the Kosmos back catalog.

From my discussions with the great folks at T&K, it sounds like they wanted to reprint some of the great two player games from this series.  While there is no commitment to do the entire series, they are starting with some of the more successful titles.  From the back of the box, it is claimed that Tally Ho! has sold over 150,000 copies thus far – not a shabby sales record for a the game!  This line of 2 player games were always produced in a distinctive small square box, and I have entire stack of them in my game collection to this day… 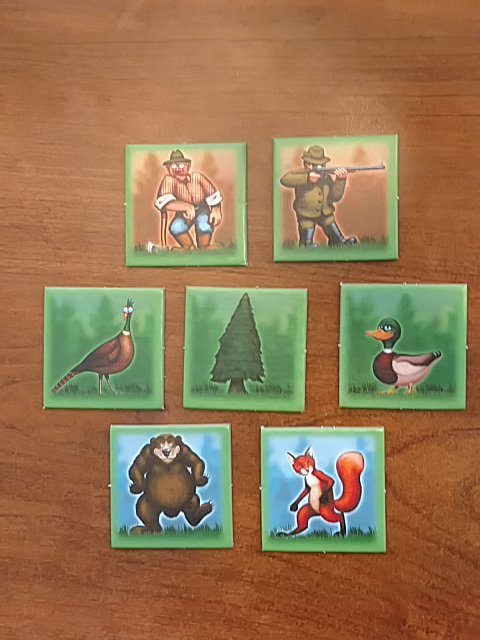 You start the game by shuffling and placing all the tiles on the board. On each turn, the player has the option of flipping a tile or moving a tile.  If you flip over a tile, you simply flip it over, always in the same direction. You are not allowed to change the orientation of the tile.

If you move a tile, you can generally only move tiles of your own color (or neutral green duck and pheasant tiles)  The hunters ,foxes, ducks and pheasants move similar to rooks on a chessboard. The other pieces (except for trees) can only move one space at a time either vertically or horizontally.

Except for the hunters, capturing is as simple as moving your piece onto another that can be captured.   Lumberjacks capture trees by landing on them.  Hunters can only hunt in the direction that their guns are pointing, and this is why you have to flip your tiles vertically to not change the orientation.

When all the tiles have been turned up, you play for five more turns. However, it is at this time when you can move your pieces off the board (via the dirt paths in the middle of each of the four edges) to escape and score points.  Note that you can still also capture tiles in the usual manner in these final turns.  Once the five final phase turns are complete, you tally up your points.  You score points for all the opponent tiles captured during the game as well as any tiles of your own color that you were able to get off the board in the final phase. 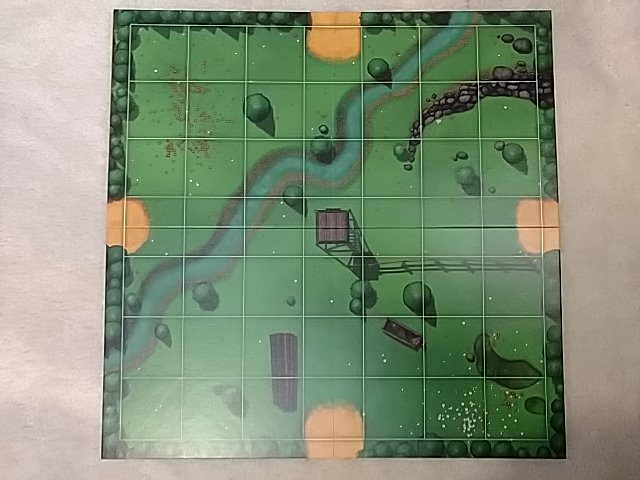 The tiles are worth:

Afterwards, players switch positions for a second round. The player with the highest cumulative score after the second round wins.
Tally Ho! is a quick and enjoyable game that brings back memories of my gaming youth.  Every game seems to play differently because of the random location and differing exposure of the face down tiles.  Sometimes, luck is in your favor, and a bear is exposed in the line of sight of a waiting hunter.  Or, trees wall off a section of the board leaving your fox alone with a bunch of birds.

Generally, though, the game has a nice back and forth flow.  Each player tries to capture the tiles that they can get to without exposing themselves to danger from their opponent.  At some point, players have to flip over tiles, and with some luck, they get the tile they want in the position that they want.

Players have to choose between moving the already exposed tiles around the board and flipping over a new tile, hoping to get something they can use…  There really is a bit of skill in figuring out which tile locations are safest to flip over so that you can give yourself the best chance of gaining points while reducing the chances of bad things happening to you at the same time.

The new version is well done.  The cardboard tiles and board are sturdy – really no different from the original version that I have.  The box is a has familiar small square size, and just seeing it brings a smile to my face.  However, it should be noted that the new version in in a much deeper box than the original German version.  The board and tiles are identical in size and thickness, though. 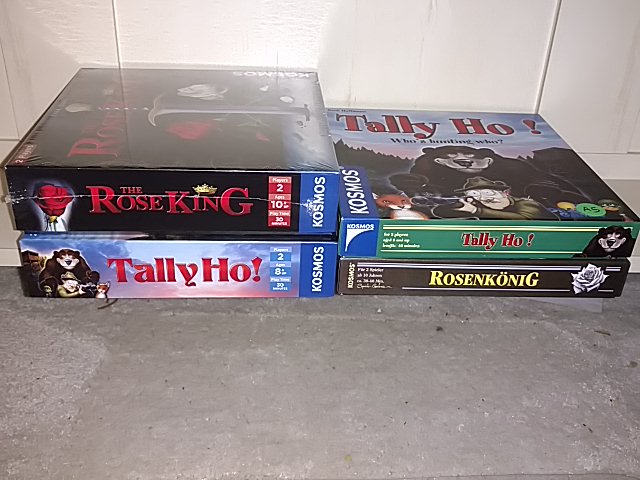 2016 English on the left, aged German on the right 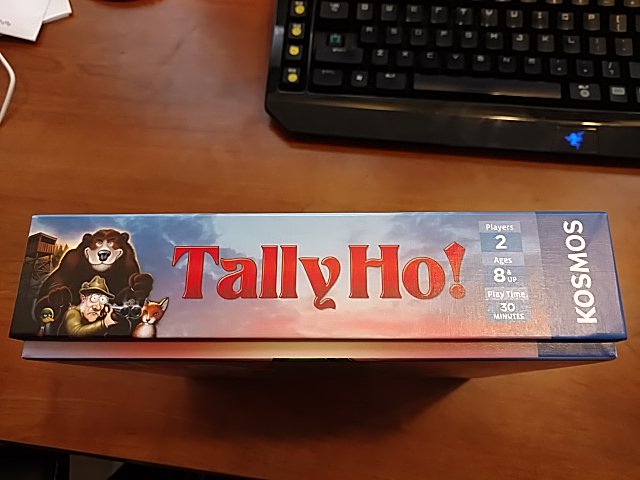 I’ll admit that this isn’t my favorite of the Spiele fur Zwei series, but it’s a solid game, and I think it’s a good start to the EN series. I hope that it does well and leads to more games being added to this newest re-boot of the 2-player line.