Saturday morning from the Gathering

Here is the full list of games played on Friday

Not a bad list, with time taken off for lots of socializing and two meals.  Friday is always filled hugs and lots of interrupted games as there is a constant stream of new arrivals in the ballroom.

We finally got the welcome bags.

Here is the contents of mine. 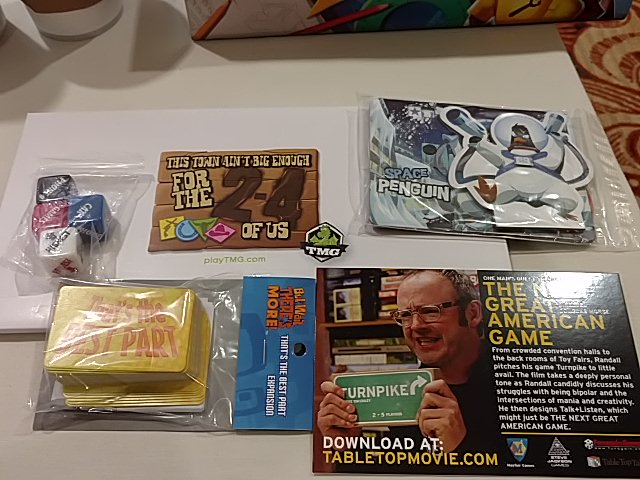 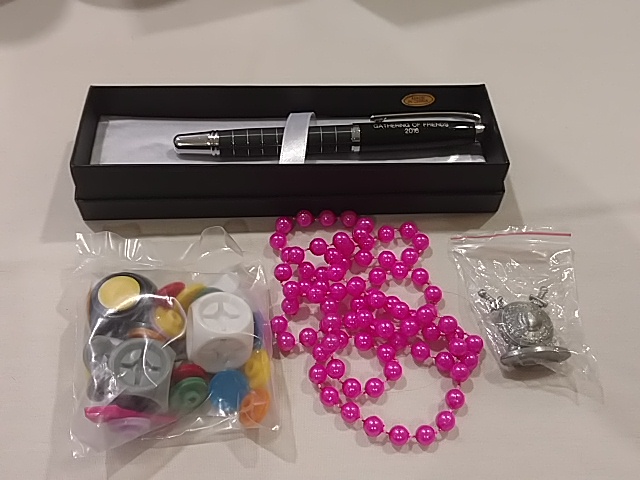 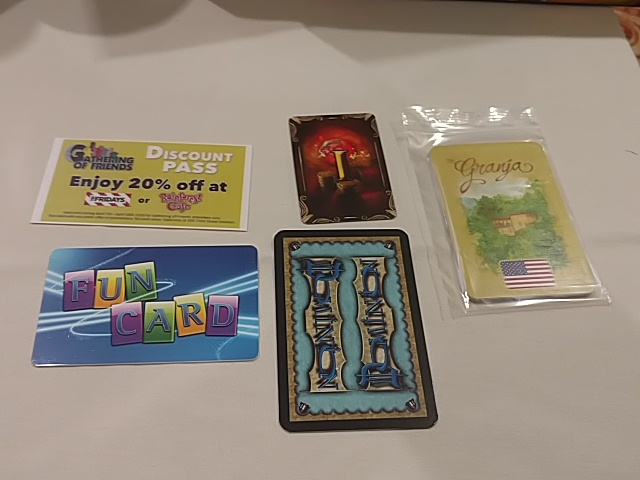 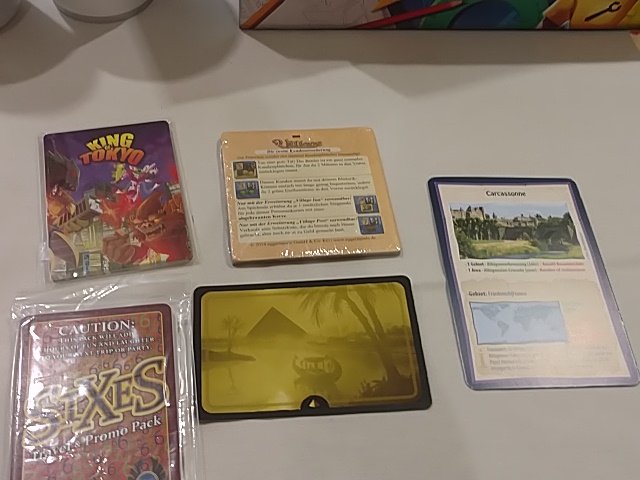 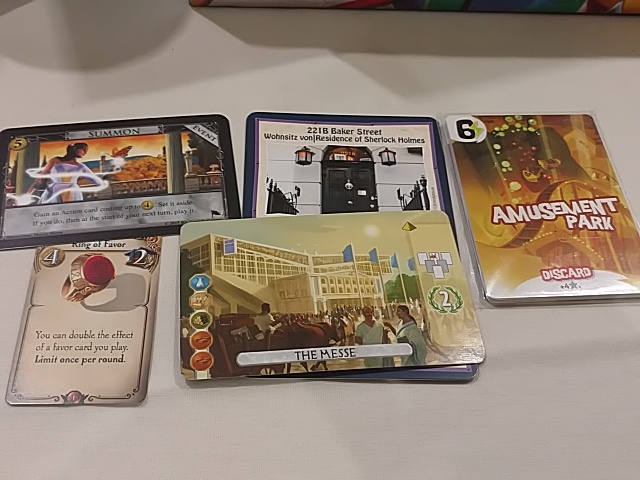 The good sides of some of the promos

Played the expert version of quadropolis. A few more scoring options as well as more plays, now 5 rounds with 4 actions, and increased scoring opportunities. At least the rule change that all the architects come from a common pool give you more choices. For AP prone players, it also adds the the permutations of tile choice and placement.

Our game went fairly fast though given the players in it. With some slower Gamers, I might put them on a 90 second sand timer.

Here is our score sheet 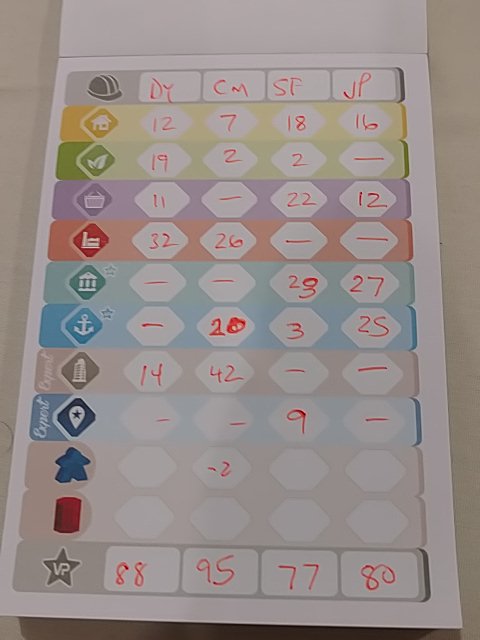 And this is the best insert of the year. . 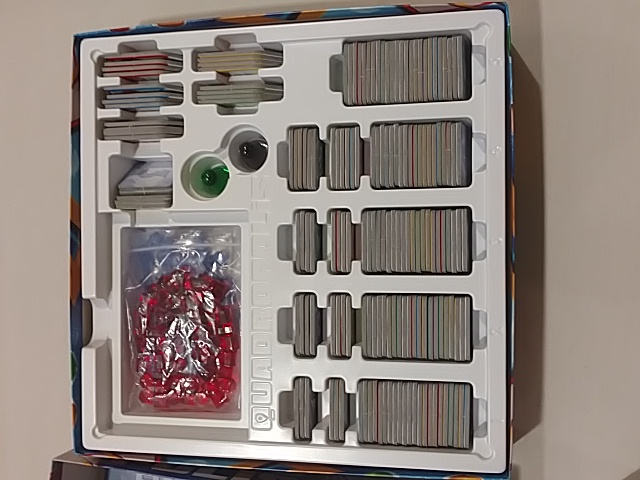 Afterwards, we were discussing the game with Adrien M from DoW, and he allowed us to play the upcoming expansion for Quadropolis.

Teaser pic of the expansion 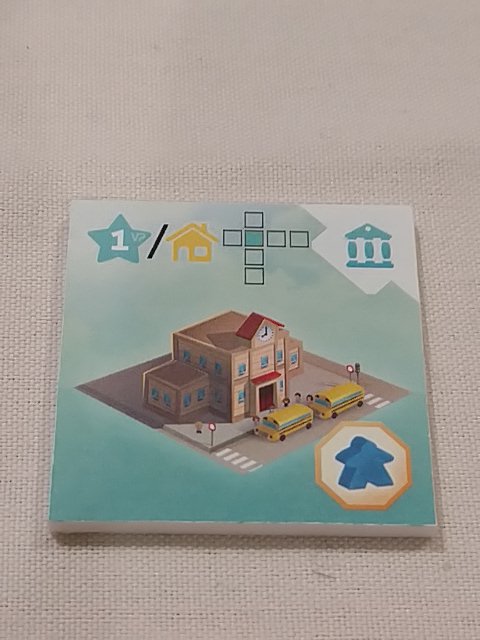 Then I saw the new Mattel proto, Sail Away. By Marc Andre of Splendor fame 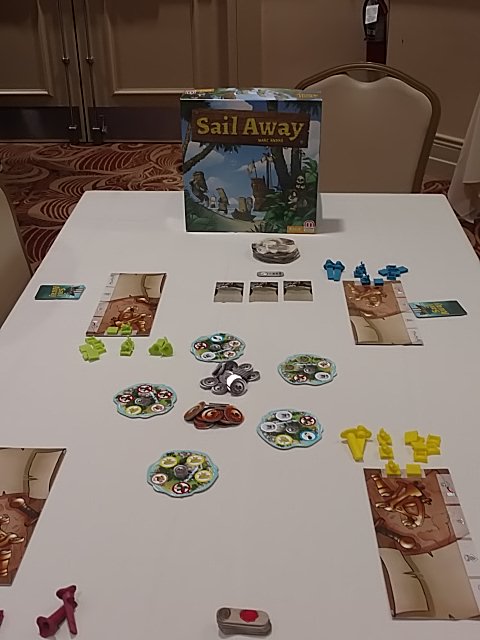 But they’re not ready to show it. As happens with many games, they have recently adjusted the rules, and they want to try it out first.

So we took a break for lunch. Met up with Aldie from BGG. After much hemming and hawing, we settled on the local gastropub, the Griffon. 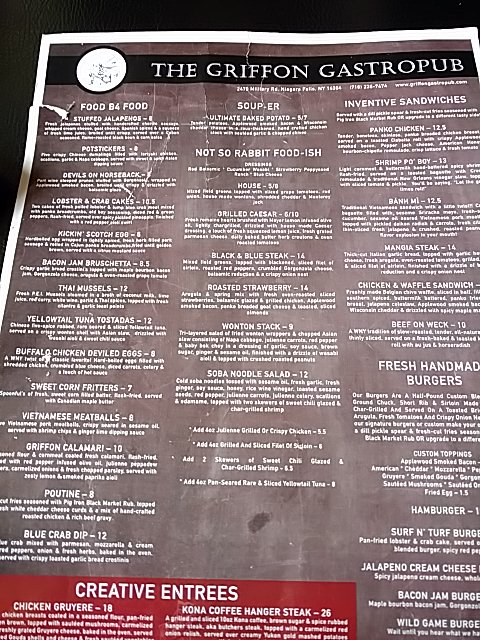 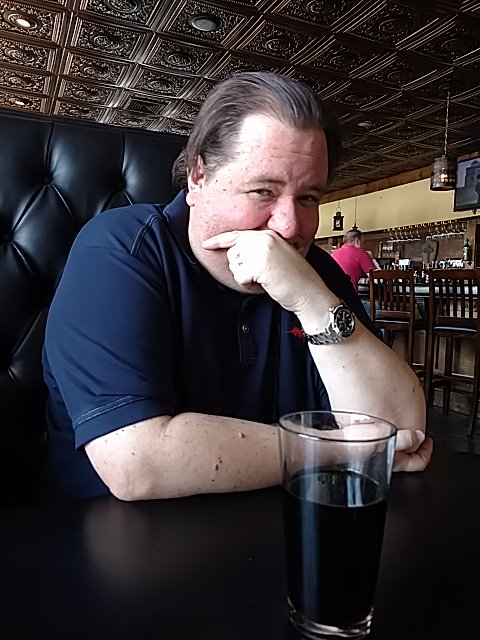 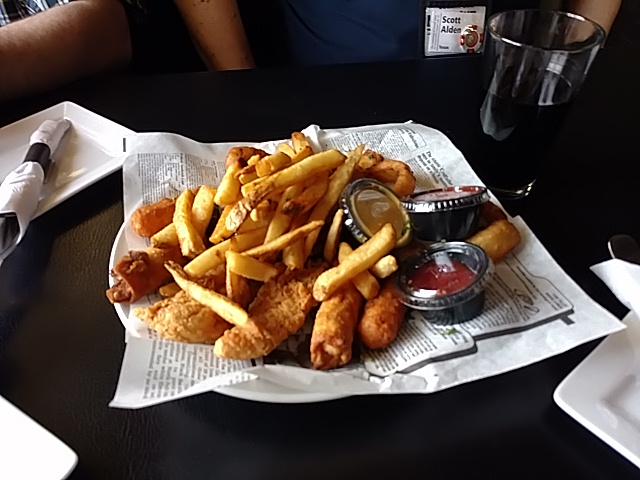 We’re splitting the fried food platter as an appetizer. Gotta have the western new york delicacy of the Pizza eggroll.

To drink – the Founders Magnificent Mango beer. Greater than 10% abv, so I’m going with the small glass 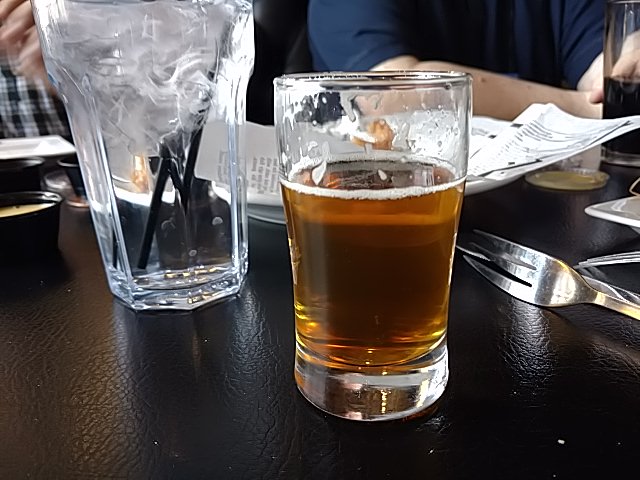 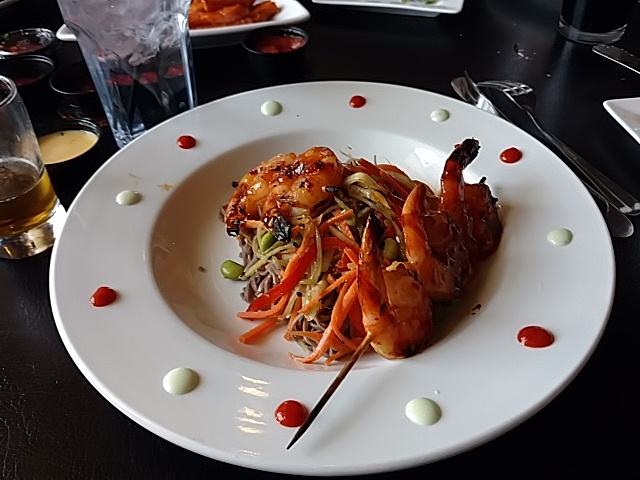 Aldie got the jalapeño cream cheese burger. Note the smoked gouda and shells for the side. 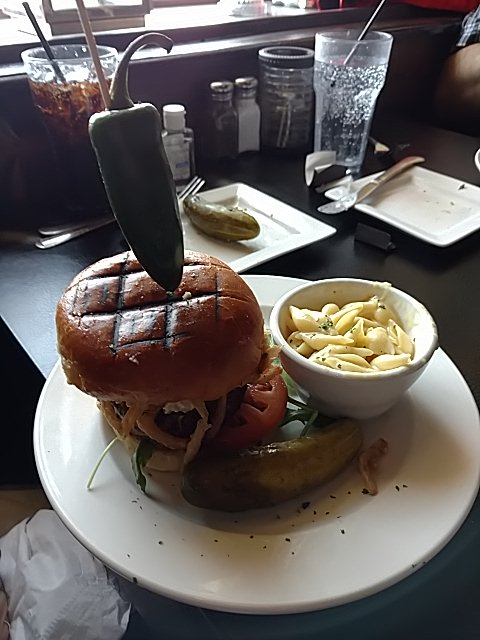 Jp got the chicken and waffle sandwich 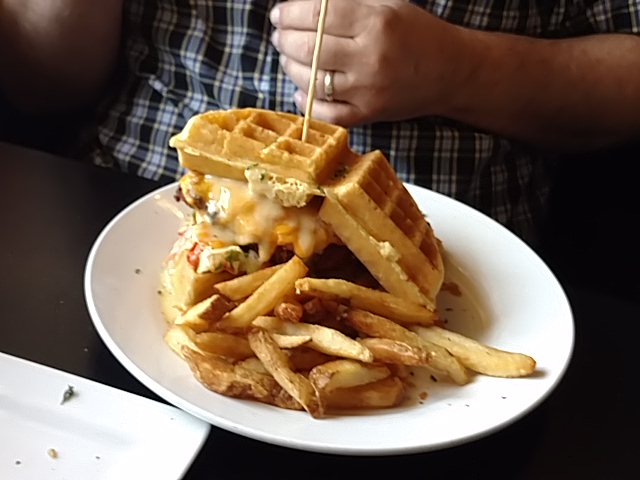 Stopped at Target. Some slow infiltration 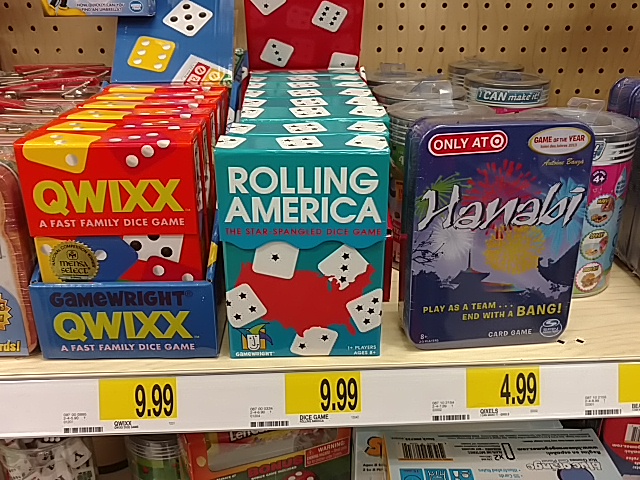 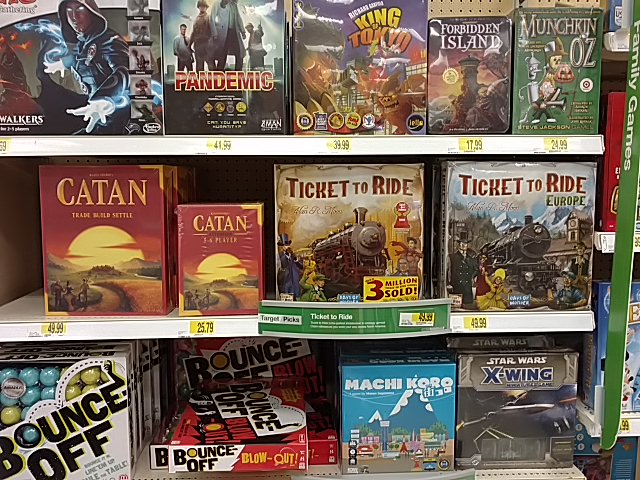