Traditionally for me, February has always been an off month. A month where we just don’t play too many games. This year it was especially so. We had our furnace expire during the coldest stretch of winter and we have been getting our house ready for a new roof and a lot of other work. Which mostly meant, figuring out finances and fighting with insurance companies, which didn’t leave us with a lot of energy to play many board games. In February we played ten different games for a total of twelve plays. Yup, you read that correctly, twelve total plays. Hey, only one of those was online though, so the table percentage is going up. But still, I don’t feel like much of a game reviewer if we aren’t playing many games so it was kind of a depressing month that bled into March, which has been looking even bleaker. We have some stuff coming, it’s just a struggle to find people to play with at the moment, hopefully that changes as folks become more willing to get out and about as more folks get vaccinated. We did play some games though, and here are three of them in brief. 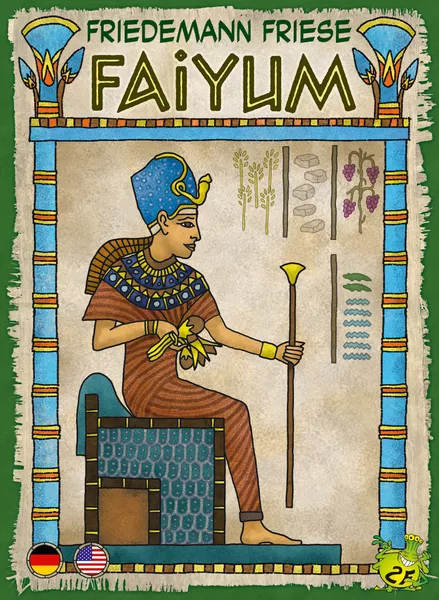 Chris has already touched on Faiyum in a complete review, so I’m not going to bore you with trying to rehash what he says here, if you want to know how it plays, check out his review. I just want to touch on the one thing about the game that I really enjoyed, the deck building, or even the deck deconstruction. The way the game works, you have all of your acquired cards in your hand and the ability to use them each turn, none of that boring, will I draw the one I need this turn. But if you always just had those in hand it would too easy, so when you play them you place them in that discard and the more cards you play, the less likely it is that you are going to gain those cards back. When you do the admin phase, you only get to bring back the top three cards on your discard pile, while being penalized for each card you kept in your hand, preventing you from holding on to a bunch of cards. You can get more cards back from your discard pile, but you do need to pay extra past the three. It’s an interesting balance and a way to cull your deck naturally. Those cards you play early on aren’t going to be as important later on so they naturally get to the bottom of the discard pile and just stay there when taking the admin action. Thus thinning your hand of cards a bit. Honestly that was my favorite part of the game. What Friedemann does is wonderful, he experiments and he tries new things and combinations of things and they work, for the most part, but there always seems to be that one exciting thing in each of his games, and for me, Faiyum’s excitement was in the deck management. 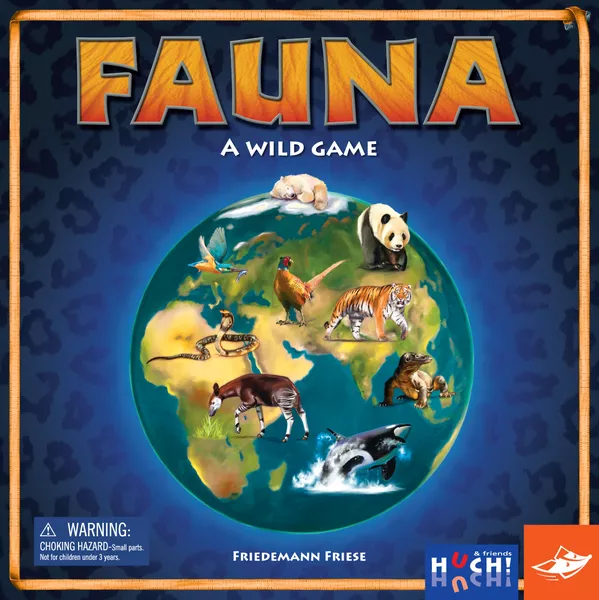 I have always been a sucker for games of trivia. I’m never all that good at them, but they are unexplainably enjoyable for me to play. Fauna, is one of those trivia games that I enjoy, and while it definitely rewards those who know things, it also rewards those who know who exactly at the table knows these things. It’s a wonderful equalizer. Now, you will not win a game of Fauna without getting some answers correct, but balancing them out and not getting anything incorrect is the way to go. If you don’t know something, figure out who does and follow them. It’s a really great system and I really wish that this version was in print. While I do enjoy playing Terra or America, I think that this version is a lot more interesting.

See, if I were thinking, I would have played another Friedemann game in February, but I wasn’t so I don’t have a third game to go into this from him, I’m sorry, I should have planned this a bit better. I feel like such a failure. 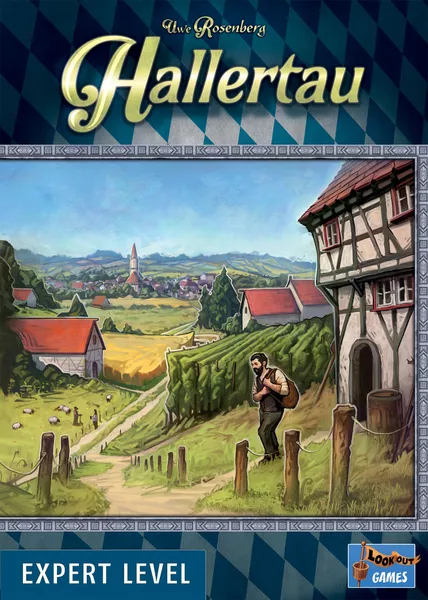 Hallertau has already been reviewed on this site by Dale, so if you want to know the ins and outs of it, be sure to read his review. Another Uwe big box game for my shelves, why would I do this to myself when Fields of Arle, A Feast for Odin and Caverna have all fallen flat and not stuck around here? The answer is a resounding, who knows, you just never know what is going to drive me to buy a game against my better judgement. The good thing here though is it looks like, at least after two plays, that the fourth time may be the charm for me here. Hallertau is another farming game from the designer who loves his farming. Two plays in and I am not fully grasping what it is that makes it stand out to me, I love the worker placement mechanism where spaces become more expensive as others use the space, but that’s been done before. I love the card play in Hallertau as well, but Uwe has made cardplay important before as well. There is a lot going on in Hallertau, it’s a big, bustling game with action spaces galore and card spaces and a huge player area for each player with a moving building and boulders. There is really a lot to tackle and take in. The thing about it though is that it all makes sense and plays out seamlessly. For all the rules involved, it’s also an easy game to teach, which surprised me a bit. Still, knowing all of that, it is an “Expert Level” game and I wouldn’t teach it to folks who aren’t comfortable sitting and playing something for about 60 minutes per player, which is about what our normal play time is seeing. It’s deep and it is thinky and requires some pretty intense planning, and it all works so well.

Okay, I posed this question over on Twitter to try to get some games suggestions. I am trying to get out of my wheelhouse a bit, I’ve been playing some Too Many Bones, I’m learning and ready to teach Cloudspire (hopefully next weekend), but a lot of my plays fall into those same kinds of games, the 30-90 minute Family weight/Euro styled games. I’ve been writing here for about two years now, and I hope that some folks have kind of identified with my likes and dislikes, so lets see. In the comments, tell me a game or two that you think that I should try, that I should pick up and buy and try to get to the table that would fall outside of those normal wheelhouse games that I stick to. I will tell you I have already picked up three, Cantaloop, Mini Express & Forgotten Waters.

Melissa: We’re still waiting on Fraser’s copy of Faiyum and mine of Hallertau, but I will chime in here as another VERY keen fan of Fauna. I think it’s one of the best trivia games I’ve played (up there with Ausgerechnet Uppsala). I’m not interested in America, and our one play of Terra left us feeling it was a poor cousin of Fauna. We’ve played Fauna with children and adults, as well as with combinations of both. And we’ve found it works well as a team based game – small groups of 2-3 people or pairs of adult + child – makes it even more entertaining and exciting. So much cheering and joy from playing this! It was a gift from a secret santa many years ago now and is still on our favourites shelf. Good to see it getting some play.

Lorna: Fauna is my all time favorite trivia game. It’s such a pity the English versions are OOP. I’d love to be able to get it for friends and family.