There’s a paucity of 8’s in the list below so, to balance that, here are the 2020 releases I’ve played so far that I’ve rated an 8 or higher: 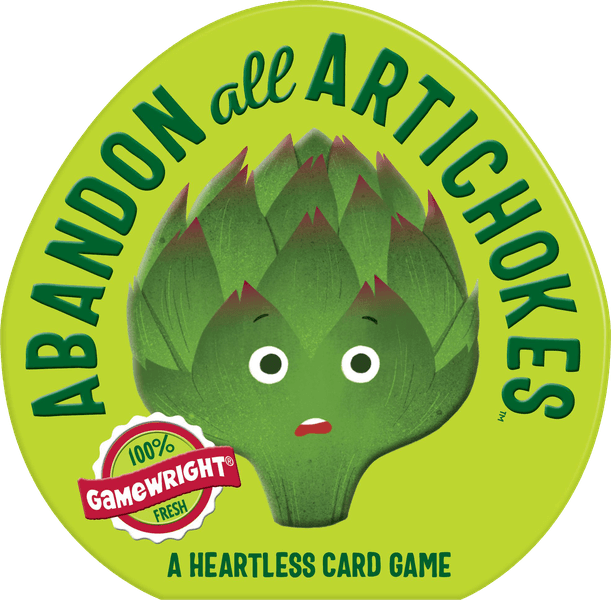 Abandon All Artichokes – hey, stupid fillers are still games, they can be 8’s as well!

If I were asked which of these big games were my favourite, I’d probably offer up that I’m most looking forward to playing Praga again as I write – maybe because it’s the newest to me, but maybe simply because it has so much left to explore.

Games I’ve played recently that were new to me include … It’s a cross between Code 777 and Cluedo, which should work but has a cruel twist which tarnished it for me. Each player has the cards they have to guess facing outwards (Code 777 style), but they also have two cards only they can see. When you ask a player how many of a category they can see – indoor locations, female suspects, etc – you don’t know if the answer includes “your” cards (that you’re trying to guess) or their secret hidden cards. Which either makes the game go too long while you repeat the same question to each player (to narrow down the answer) or devolves into a guessing game where you can’t be bothered anymore and you just want the game to end.  Another review here – same feeling

You can imagine the publisher asking themselves “how the hell do we theme this?”  It turns out it’s best not to ask what they ended up doing. In summary you use a tile laying mechanism to earn actions in various types and numbers which allows you to craft a strategy weighted towards an action type. This is good, like-able. Claim contracts via a convoluted process of moving a ship, spending resources to claim it, and then fulfilling it, and then buy more meeples and buy two other pieces of cardboard to create a path for the meeples to move along to land on the contract for more points, and then buy cards that score points for having all those things. Theme much? It’ll be enjoyed by those who like creating a strategy from a mess of options (the contracts can be quite varied and lead you in different action directions) and this is the draw. There’s not enough theme to get a ton of replay, but definitely solid and quite the challenge.  An older review here.

Draw and play overlapping cards into your tableau (Hanging Gardens or Hokkaido style). The resource and item icons are in the corners, which of course is where the cards overlap. Eventually you’ll want to play contracts cards for points, for which you must have the resources required showing. Keep going until someone hits 20 points, and then add points for each time you’ve met one of the two common objectives and your secret objective. It plays along much the same for 30 minutes or so, the main decision being how to organise your cards so as to minimise the number of icons you cover up now (and in future), and then choosing cards that suit your display and your score requirements. After a few games, the game seems overly swayed by whether the cards in the colours you want come at the speed you need, and more importantly are being competed for or not.

Make the best word you can with the letters you have to earn money. You can spend your money to buy the effect of one of your letters (if it hasn’t been bought yet), be it to earn money each time that letter is used in future, or various ways to make it easier to make better words on future turns. It all works fine except for the part where you can use three letters from the common pool, meaning you need to re-evaluate your turn from the start if the previous player used any. Leading to slow turns, and being better with fewer players. It’ll still be fun for wordsmiths who don’t mind though.

From your hand of 3 cards, play one to your tableau and one on to anyone else’s. The aim is to build sets of 4 cards (the root, lower trunk, upper trunk and canopy of a tree) and have bonus icons on those cards equal to the number of completed sets at the end of the game. The play onto an opponent’s set is aimed at disrupting their bonus icons. With this freedom of play everyone should be on about the same points so it should come down to who draws the luckiest cards at the end to enable them to “fix” their tableau the best. This isn’t the most attractive of lures.

Simultaneous card revelation that’s resolved in the form of Rock Paper Scissors, and then whether you win or lose determines the odds of you scoring a point in the following dice roll-off. Yes, it’s really as bad as it reads. Sometimes I’m my own worst enemy.

Each tile has a token spot in 4 corners and the aim is to keep placing a token each turn and move a tile (the second part of each turn) until you can engineer having 5 tokens in a row. That’s about it. There’s nothing too clever, just keep working the problem (until someone accidentally wins), and nothing inspiring in the abstractedness of it all.

I kinda want to rate this lower because it’s insanely random with big swingy last-turn point swingy swings, but I’ll admit I had fun with it regardless. With your two actions you move sheep onto and around the 5×5 grid, and play as many of your 4 cards as you want each turn (as you’ll re-draw to 4). You get points for revealing tiles on the grid and for moving sheep to your barn tile (once it’s found). It doesn’t really matter what you do on your turn though because the cards seem to move sheep willy nilly (and to smithereens via the onomatopoeically eponymous land mines) more than the actions do. The game doesn’t take itself too seriously, the cards are fun, and it plays in an ok 20 minutes. But if you care that well played turns should lead to winning, this isn’t the game for you.

It’s Oh Hell with a 22 card one-suit tarot-inspired deck, where the 22 can be played as a 0 instead (player’s choice). Predicting how many you’ll win is often at the mercy of whether that player chooses high or low, so there’s an unusual amount of sway there. As is usual with the genre, it can be difficult bidding first when you’re not sure if people will bid high or low on their upper middle cards. There’s more luck than usual then but there’s something to be said for the simplicity; only it’s probably too simple to engender much replay. 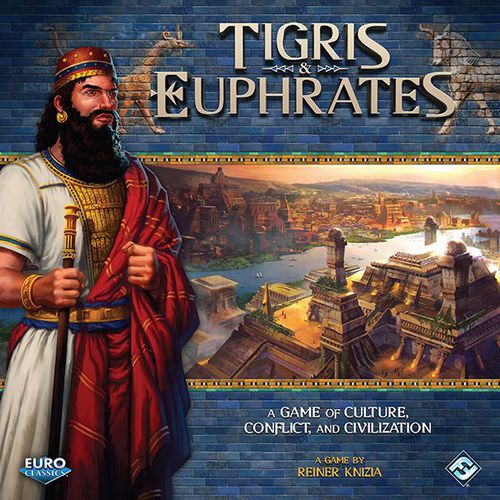 50+ plays. When I first started gaming, this was the game that really got me excited. It was the first rock-star game … a gamer’s game from the leading designer of the time that went through a mass of play testing before release, resulting in a swell of anticipation and fanfare. It would now be considered more a mid-weight game than the weightier affair we deemed it by the standards of the day, and more of an abstract (theme is more important now) but it’s still a classic. Its appeal lies in the planning of the drama: there’s the early establishment, and then comes the wars which can dramatically alter the landscape and provide rich opportunities for clever moves. The need to obtain a balanced score across the 4 colours drives decisions and means sometimes seemingly obvious moves are not the best ones, crafting openings for the element of surprise (being amongst our chief weapons). It’s still a game I hugely enjoy.

Larry:  Bonfire is a game I need to play more of.  So far, I like it, but don’t love it, but that could change.  The theme is bonkers, of course, and makes the game harder to learn than it should be, but that doesn’t concern me too much.  Mechanically, it’s something of a beast, but isn’t quite as complex as it first appears.  It’s a nice mental workout and in theory, at least, there’s plenty of scope for planning ahead, but I haven’t been too successful with that so far.  It’ll be interesting to see how I wind up rating this.

As far as Euphrat & Tigris is concerned, I admire it, but rarely play it.  I freely admit it’s probably a bit beyond my capabilities as a gamer.  It does bother me a bit that a game that requires such skill to play well also has a reasonably high luck factor (and that luck factor is real, regardless of what the game’s fans say).  An absolute classic, but not really in my wheelhouse.

Dale Yu is the Editor of the Opinionated Gamers. He can occasionally be found working as a volunteer administrator for BoardGameGeek, and he previously wrote for BoardGame News.
View all posts by Dale Yu →
This entry was posted in Sessions. Bookmark the permalink.