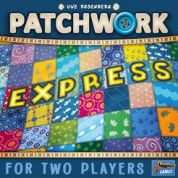 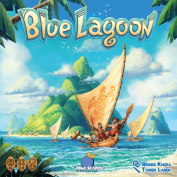 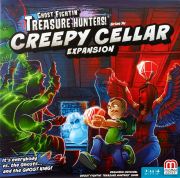 I only went to Gen Con for two days this year, instead opting to head home and host two game days so my friends and family could play what I bought.  Rather than discussing the convention, this post primarily consists of mini-reviews of games I played today.  For me, this is Gen Con from afar!

The Geekbuzz Leaderboard changes throughout the day, but here are the current leaders:

I’m sticking my my opinions about what was hot at Gen Con 2018.  You can find my list in yesterday’s post, and a discussion of hot games in Thursday’s post. 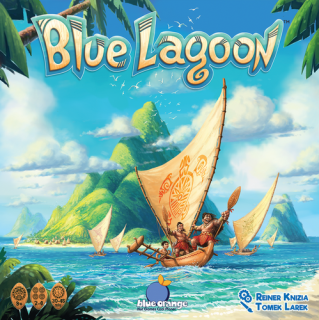 Blue Lagoon was almost the game I missed.  It wasn’t going to be on my shopping list, but Dale did a review a few days ago, and on his recommendation, I bought a copy.  And now I’m in love with this game.  I’m a long-time fan of Through the Desert, and Blue Lagoon feels like a redoing of that classic with oh-so-delicious point salad.

The game is played in two phases: the exploration phase, and the settlement phase.  On your turn, you simply place a token or a hut: depending on the number of players, you have 20-30 tokens and 5 huts.  In the exploration phase, you can either put your token anywhere at sea, or on land if adjacent to another one of your tokens.  Huts can only go on land adjacent to other tokens.  In the second phase, everything is wiped off the board except your huts, and then you can only place adjacent to them.

After both phases there is a point-salad type scoring.  You get points for being on 7 or 8 of the islands, for how many islands your longest string of tokens touches, for having the most pieces on an island, and for collecting resources or sets of resources.

It’s extremely simply and extremely fast-paced.  Like Through the Desert, there’s clever blocking, and it is all about building efficient routes.  I love there being two phases of the game: I like trying to set up for the second phase.  And I love how several different mechanics mash up into a cool game playable by just about anybody.  This has been out for a few days, but it already feels like a classic Euro.  This is one of my favorites of Gen Con 2018!

Between this and Lost Cities: Rivals, Reiner Knizia is having a great Gen Con.  I’m going to try another one of his big titles, Yellow & Yangtze, tomorrow. 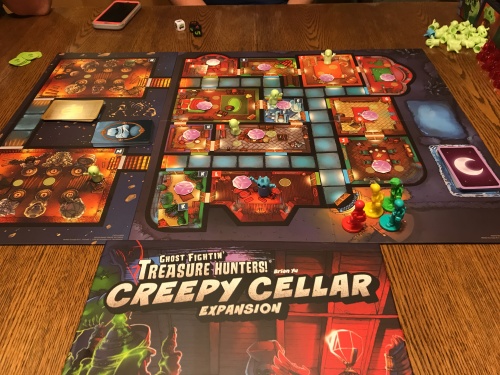 This review assumes familiarity with Ghost Fightin’ Treasure Hunters, which Dale reviewed back in 2016.

The Creepy Cellar expansion was a bestseller at Gen Con.  It sold out early, and Mattel had extra copies brought in.  In my family, we love the game — it is one of our favorite of the entry-level cooperative games — and were eager to try its first full expansion.

The biggest addition in is the creepy cellar, which features two rooms on a new game board that sits adjacent to the one from the base game.  These rooms have spaces for the 12 new treasures, which must be dropped off in order.  These cellar rooms can accumulate ghosts too, and when they’re haunted, a treasure can’t be dropped off.  Players win if they delivery all 12 treasures — in order — and escape from the mansion.  They lose if there are 8 hauntings (up from 6 in the base game).

But there are several new twists besides the rooms.  First, the  12 treasures have negative effects when picked up, such as reducing movement or making it so you can only fight with partners.  Second, when you drop off a treasure, you draw a card from a deck that can help or hinder you.  Third, there are trap doors that allow you to move around the mansion more quickly.  And finally, there is a ghost king (the blue figure), who is unbeatable, and who moves from room to room (and can move you from room to room).  Because the ghost king moves on after causing a haunting, he can trigger dreaded chain reactions.

This expansion integrates several parts of the previously-available promo for the game.  I love that promo, but designer Brian Yu has improved on it here.  The addition of two new rooms — and the requirement to drop off the treasures in order — is fun yet challenging.  The ghost king is the most difficult addition to the game, but it is also a fun part of the puzzle.  And, as always, the production value is top notch.  Overall, we’re highly impressed by this expansion, which I enthusiastically recommend if you enjoyed GFTH. 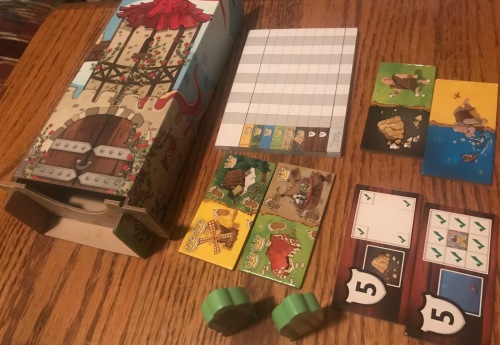 This review assumes some familiarity with Kingdomino, which I reviewed back in 2017.

The Age of Giants expansion — which was available for $10 at Gen Con if you bought some other Blue Orange games — adds a couple of new gameplay elements and some new components.

First, there’s a “tower” that acts as a domino dispenser, plus a score pad.  The score pad is a nice touch, but I loathe that useless tower, which is more trouble than its worth.

In terms of gameplay, Age of Giants gets its name from the 12 new tiles included that introduce giants into the game.  They come into play when you take one of six tiles with a giant pictured (like the ones in the top right).  The giant invades your kingdom and sits on one of your crowns, lowering your score.  (You get to choose which crown.)  However, if you take one of six tiles with a footprint, you can give the giant to any opponent, and it sits on one of their crowns.  This adds interactivity to the game.

This expansion also introduces challenge tiles.  There are 17 in the box, and you play with 2 of them in a given game.  They give you points for having your kingdom set up in certain ways.  For example, the first tile above give you 5 points for each gold/cave tile at the edges of your 5×5 grid.  The tile below it gives you 5 points for each of your tiles surrounding your starting castle space.  You can also have tiles that give points for having a complete grid, having your starting space in the middle of your kingdom, having your castle in the corner, etc.

Queendomino was arguably the first expansion of Kingdomino, but it always felt like more of a spinoff than an expansion to me, and integrating it with Kingdomino always felt like a bit too much was going on.  Age of Giants, by contrast, is a true expansion, and it perfectly captures what I’m looking for in an expansion: it freshens up gameplay and adds fun without adding much complexity. 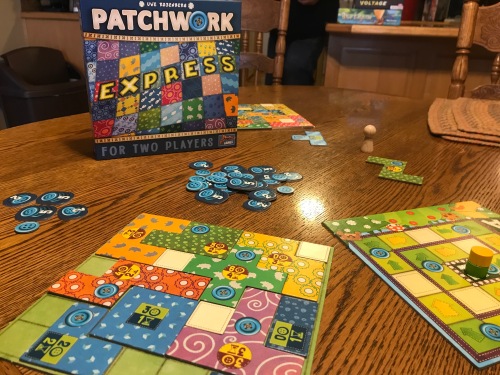 Uwe Rosenberg has an impressive portfolio of games, but Patchwork has always been one of my favorites.  This polyominoes game has always had a heavy dose of button economics, and the big question was always whether to go for (1) button income or (2) filling in the quilt.

For the uninitiated, buttons are points at the end of the game, but they’re also the in-game currency for buying pieces, so you have to spend them wisely and set yourself up to generate more.  Empty spaces count against your score in the end, so efficient and clever use of space is a must.  It’s a delicate balancing act.

The big difference from full Patchwork is the size of the game board.  It is now a 7×7 grid, and there is now no bonus for completing any certain portion of that grid.  There are several blue-colored patches that sit off to the side, and those are incorporated when you’re down to five patches in the circle.  And there are six leather patches — which cover single spaces — that can be earned along the time track.  Otherwise, gameplay is largely the same.

Patchwork Express is billed as a 10-minute version of Patchwork.  In that regard, the game succeeds: it is a faster version pf its predecessor.  Even with punching the game and setting it up, we played in less than 15 minutes.

This is a lovely version of its predecessor, but I think I’d rather spend the few extra minutes and play Patchwork.  The faster game comes at the expense of the button economics, my favorite part of the game.  And the tighter grid means fewer options in placing pieces, making this feel more random.

That said, my mother — the ultimate Patchwork fan — immediately declared this better.  So I’m sure this will hit the table often.